CBI raid at J&K ex-adviser's house in Srinagar, a week after he was relieved 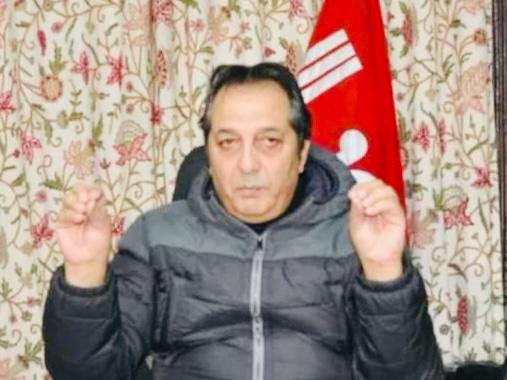 Sleuths of the Central Bureau of Investigation (CBI) on Tuesday raided the house of Baseer Khan, former adviser to Jammu and Kashmir LG Manoj Sinha. The raid comes a week after he was relieved from the post of the adviser.

The CBI accompanied by local police carried out the raid at the house of Baseer at Bulbul Bagh Baghat here. The raid is being carried out in connection with a fake gun licences racket in which the former adviser to Lt Governor is allegedly involved.

He was relieved after the CBI top brass reportedly informed the Union Ministry of Home Affairs, about his name figuring in the gun licences racket.

Following a communication from the CBI in which it was stated that Khan was one of the accused in the fake gun licences racket, the J&K government recently removed him from the adviser's post.

NIA raids at 16 places in Kashmir in terror conspiracy case

The NIA conducted searches at 16 locations in Kashmir Valley in connection with a conspiracy to carry out violent activities in J&K and other major cities by the cadres of proscribed Laskhar-e-Taiba (LeT), Jaish-e-Mohammed (JeM), Hizb-ul-Mujahideen (HM) and their affiliates Al Badr, The Resistance Front (TRF), People Against Fascist Forces (PAFF) and Mujahideen Gazwatul Hind (MGH).