Centre to form panel to look into issues concerning Ladakh 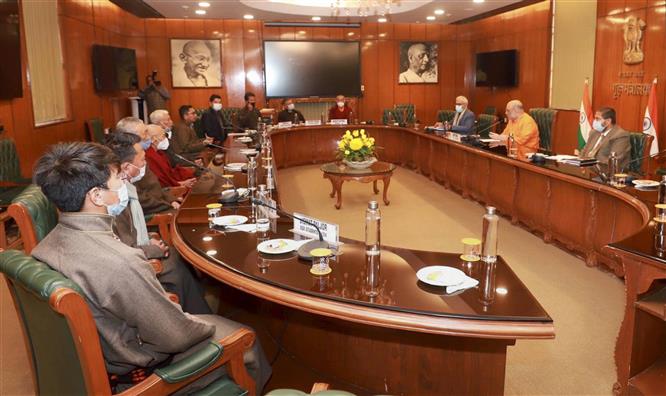 The Centre on Wednesday decided to form a committee, headed by the Minister of States (MoS) Home G Kishan Reddy to resolve the issues related to the conservation of Ladakhi language, culture, ethnicity, land, jobs and participation of locals in development projects.

A decision in this regard was taken by Union Home Minister Amit Shah during a meeting he had with senior officials of the Ministry of Home Affairs (MHA), said an official.

Before this the Home Minister met a 10-member delegation from Ladakh here at his North Block office, where representatives from the Union Territory (UT) expressed their concern with regard to conservation of language, culture, land and participation of the people in development process.

The committee will have elected members from Ladakh, members of the Ladakh Area Hill Development (LAHD) Council and ex-officio members representing the Government of India and the Ladakh administration.

“The members of this committee will consider the concerns expressed by the delegation and will make efforts to find an early solution to the same.  The views of the committee would be given due consideration while taking a final decision,” said a senior MHA official.

During his meeting with the delegation Shah assured them that under the leadership of the Prime Minister Narendra Modi, the Centre has been committed towards the development of Ladakh and conservation of the land and culture of Ladakh.

By conferring the UT status to Ladakh, the Modi government has shown its commitment towards fulfilling the long pending demands of the people of Ladakh, the Home Minister added.

On their part the delegation members impressed upon the Home Minister that given the difficult geographical conditions and strategic importance of Ladakh, people in the UT need protection in terms of employment and changes in the demography. A protest was held in this regard before the LAHDC elections last year.