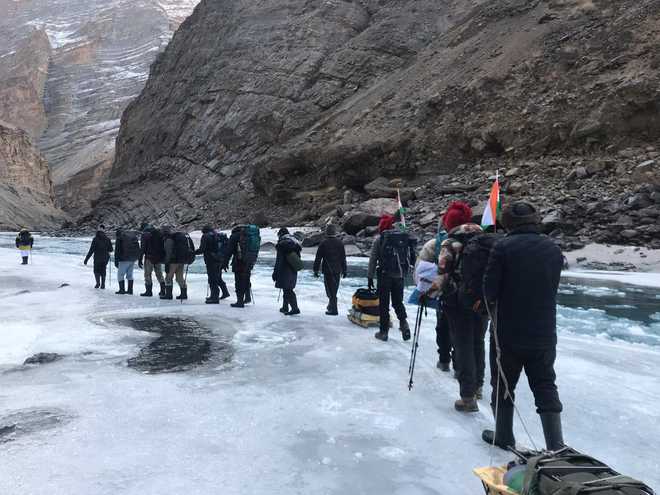 With an aim to promote winter and rural tourism in Ladakh, two-day Chadar trek festival is being organised for the first time from February 6 at remote Nyrak village, one of the base camps of the trek, in Leh district.

The festival is being introduced as an annual event by the Tourism Department to make Ladakh a winter tourist destination in the country. It is the first tourism event in Ladakh as a UT.

Gyal P Wangyal, Chief Executive Councillor of the Ladakh Autonomous Hill Development Council, Leh, will be present at the event on February 6. Tsering Angmo, Assistant Director, Tourism Department, Leh, said villagers on the Chadar trek routes had been proposing a festival for the last two years. It received an approval last year.

Trekkers, sportspersons and adventure lovers from all over the world reach Ladakh from December to February for the Chadar trek to test their endurance in sub-zero temperatures. Angmo said the festival was being organised in collaboration with seven villages situated on the Chadar routes. Villagers would showcase how they travel on foot for three to four days on the frozen Zanaskar river, said Angmo. — OC