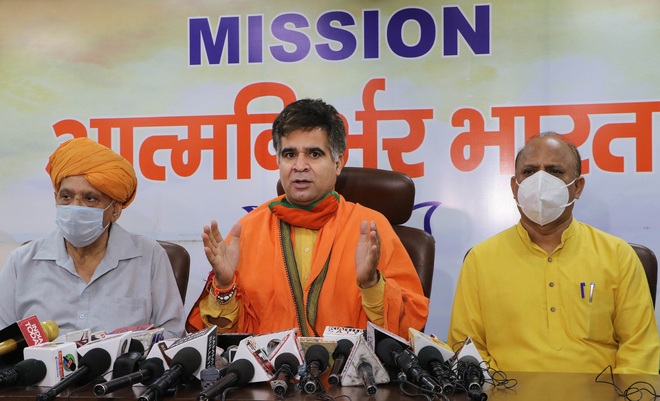 Jammu and Kashmir BJP president Ravinder Raina lashed out at senior Congress leader P Chidambaram on Saturday for his support to restoration of Article 370 of the Constitution, saying, “He is toeing the line of China and Pakistan and might have links with the ISI and Naxalites”.

He said Congress president Sonia Gandhi and her son Rahul Gandhi should apologise to the nation for allowing leaders like Chidambaram and Digvijaya Singh to speak “against the country”.

Cong: People fed up with bluffs of BJP

Reacting to Chidambaram’s statement that the Congress resolutely stands for the restoration of the special status and rights of the people of Jammu and Kashmir and the “arbitrary and unconstitutional” decisions of the Narendra Modi government of August 5, 2019, must be rescinded, Raina said he had a doubt that the former Union minister might had links with Pakistan’s ISI and Naxalites.

“Congress men have always stabbed the country in its back. Article 370 had given birth to terrorism, separatism and a pro-Pakistan ideology and was the main cause for the bloodshed in Jammu and Kashmir. Chidambaram is toeing the line of Chinese President Xi Jinping and Pakistan’s premier Imran Khan,” Raina said in a video statement uploaded on his Twitter handle.

Ravinder Raina alleged that treason runs deep in the blood and DNA of Congress men. — PTI