On May 11, the Supreme Court had ordered setting up of a ‘special committee’ to consider pleas for restoration of 4G internet services in J-K 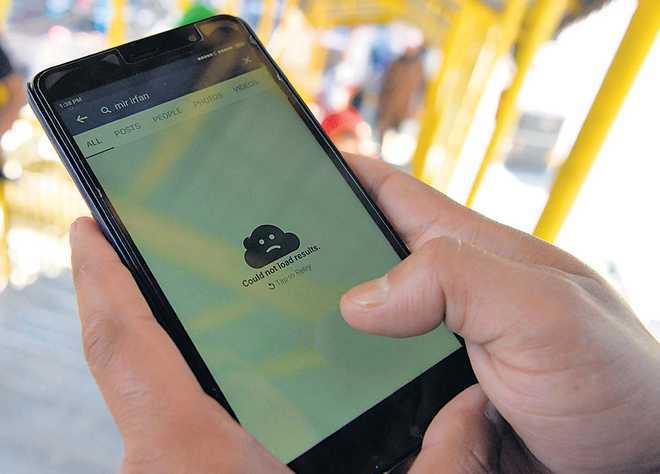 In its May 11 verdict, the top court had directed immediate setting up of a “special committee” to determine the necessity of continued restriction of mobile internet speed in J&K to 2G only. It had also asked the committee to put its decisions in the public domain.

A Bench headed by Justice NV Ramana asked the Centre and J&K Administration to respond within a week to the contempt plea filed by NGO Foundation for Media Professionals, which alleged that despite the Supreme Court’s order, the said committee to assess the need for internet restrictions in J&K had not been formed.

However, Attorney General KK Venugopal contested the allegations saying there was no question of contempt as the said committee had already been constituted.

“How can there be contempt if the committee has already been put in place?” he wondered.

Solicitor General Tushar Mehta said not only had the committee been set up, but decisions had also been taken and reviewed.

On behalf of the petitioner, Senior advocate Hufeja Ahmadi said: “Contempt is clear because they did not publish the orders. They did not put it in the public domain.”

“Our complaint is that they are not responding to representations filed against the suspension of services, and orders are not being published... How can one challenge it before a Court? The people of Jammu & Kashmir continue to suffer, medical facilities continue to suffer, children cannot take online classes. What the entire country enjoys, only this region cannot,” Ahmadi said, adding that it violated their fundamental rights under Article 21 of the Constitution.

The Bench, which also included Justice R Subhash Reddy and Justice BR Gavai, said: “If you have complied with the orders given in May, then it is needed to be published in the public domain.” However, it chose not to issue a formal notice on the contempt plea.

The petition was filed in the Supreme Court last month seeking initiation of contempt proceedings against the Union Home Secretary and Jammu and Kashmir Chief Secretary for not setting up a committee to review curbs on the Internet in the newly created Union Territory.

While refusing to order restoration of 4G mobile internet services in Jammu and Kashmir, a three-judge Bench headed by Justice NV Ramana had on May 11 set up a special committee led by Union Home Secretary to take a call on the issue after factoring in the security situation on the ground. Besides the Union Home Secretary, DoT Secretary and Chief Secretary of J-K was to be on the panel.

Terming it “wilful disobedience”, the Foundation requested the top court to summon the MHA Secretary and the J&K Chief Secretary to explain the non-compliance of its order.

In its May 11 order, the top court had said, “...since the issues involved affect the state and the nation, the Review Committee (under Telecom Rules) which consists of only state-level officers, may not be in a position to satisfactorily address all issues raised, it said justifying setting up of the special committee.

“We do recognise that the Union Territory of Jammu and Kashmir has been plagued with militancy, which is required to be taken into consideration. These competing considerations need to be calibrated in terms of our judgment (on lockdown in J&K) in Anuradha Bhasin (case),” it had said.