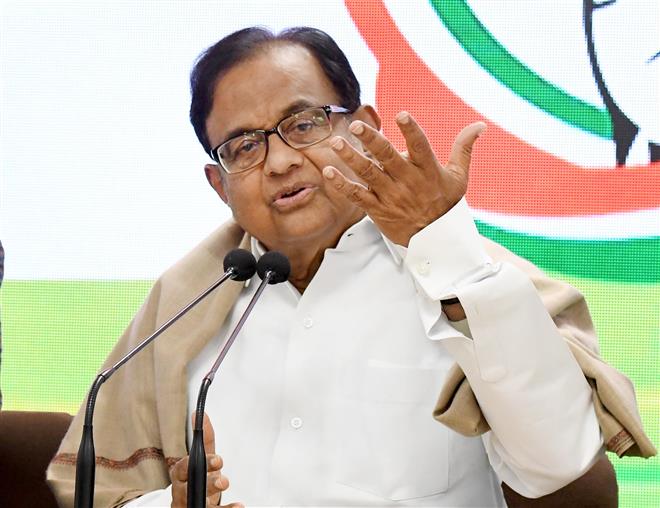 The Congress on Friday threw its weight behind the newly carved out alliance of Jammu and Kashmir mainstream parties lending its voice to their demand for the restoration of Article 370 in the erstwhile state.

A day after six mainstream J-K parties formed The People’s Alliance for Gupkar Declaration to press for the return to pre-August 5, 2019, status of J-K, Congress veteran and former Home Minister P Chidambaram welcomed the development saying the “arbitrary and unconstitutional decisions taken on August 5, 2019, should be rescinded.”

The Parliament had on the given day scrapped Article 370, which had given special constitutional status to J-K, and passed a Bill bifurcating the state into UTs of JK and Ladakh.

“The Congress resolutely stands for restoration of the status and rights of the people of J&K. The arbitrary and unconstitutional decisions of the Modi government of August 5, 2019, must be rescinded,” said Chidambaram.

He said the coming together of mainstream regional parties of J-K to fight a constitutional battle to restore the rights of the people of Jammu, Kashmir and Ladakh is a development that must be welcomed by all the people of India

“The central government must stop looking at the mainstream parties and the people of JK as secessionist or anti-national,” he said.