In yet another attack, militants shot at a Kashmiri Pandit in Chotagam Harmain area of Shopian district 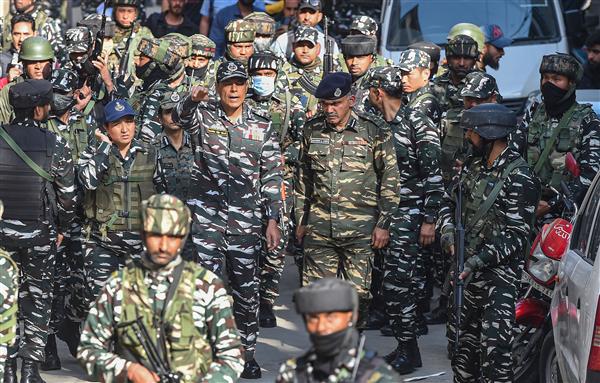 A CRPF head constable was killed and another injured in a terrorist attack in Srinagar on Monday, hours after suspected militants shot at a father-son duo from Bihar in south Kashmir’s Pulwama district, leaving them with grievous wounds. In yet another attack, militants shot at a Kashmiri Pandit in Chotagam Harmain area of Shopian district.

A police spokesperson said terrorists opened fire on CRPF personnel at Maisuma city centre around 3.30 pm, resulting in injuries to the two security men. Head constable Vishal Kumar succumbed to his injuries in hospital. Earlier in the day, two non-local labourers hailing from Bihar were injured in an attack by militants at Lajura village in Pulwama, the same district where two workers from Punjab were attacked on Sunday. The injured have been identified as Jakku Chaudhary and his son Patleshwar Kumar.

Political parties have condemned the attacks. “Unreservedly condemn the cowardly attack in Maisuma, Srinagar, earlier in the day, in which one CRPF man lost his life. Our condolences go out to his family and friends. Prayers for the swift recovery of the one injured,” the National Conference tweeted.

PDP president Mehbooba Mufti tweeted, “Condemn attack on CRPF personnel in Maisuma. This senseless violence doesn’t yield anything apart from inflicting miseries on the innocent families of those killed.”