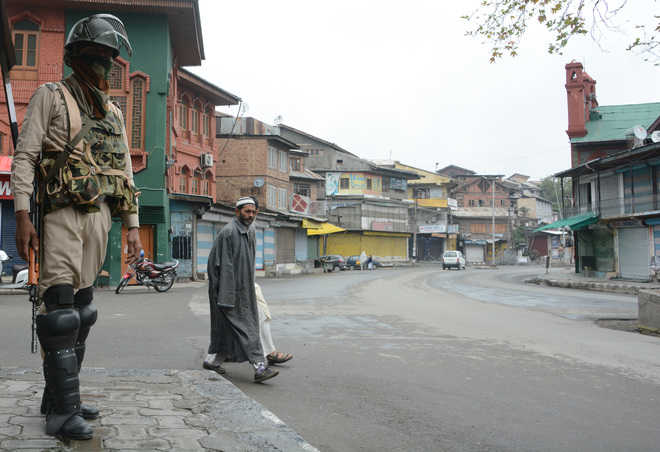 Four civilians and a Central Reserved Police Force trooper were injured after terrorists lobbed a grenade on the paramilitary party at Pakharpora in central Kashmir on Tuesday.

CRPF spokesman in Srinagar Pankaj Singh told IANS that terrorists threw the grenade at the CRPF party in Budgam district. This is the second grenade attack in the district in less than 24 hours. On Monday a Central Industrial Security Force (CISF) personnel suffered minor injuries after terrorists lobbed a grenade at a power grid at Wagoora.

On Monday again, three CRPF men and a civilian were killed after terrorists attacked a CRPF party at Handwara in North Kashmir.

The series of grenade attacks come days after an army colonel, a major, two soldiers and a police sub inspector besides two terrorists were killed in an encounter in Handwara.—IANS