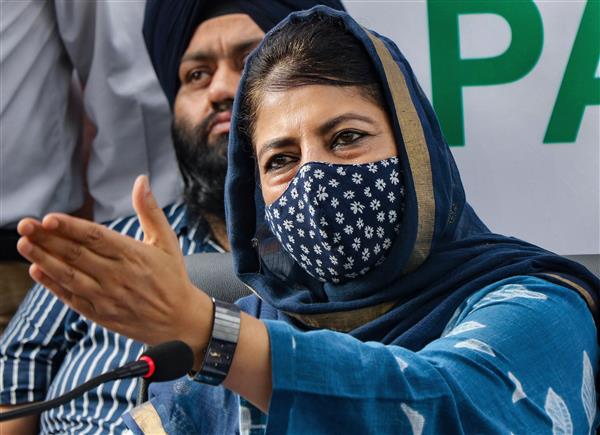 Peoples Democratic Party president Mehbooba Mufti on Friday said the Centre's decision to repeal three contentious farm laws is a welcome step and expressed hope that the Union government "course corrects" and "reverses the illegal changes" made in Jammu and Kashmir since August 2019.

"Decision to repeal farm laws & an apology is a welcome step, even though it stems from electoral compulsions & fear of drubbing in elections. Ironical that while BJP needs to please people in rest of India for votes, punishing & humiliating Kashmiris satisfies their major votebank," she wrote on Twitter.

The People's Democratic Party (PDP) chief alleged that the decision on August 5, 2019 to abrogate the provisions of Article 370 of the Constitution and bifurcate the erstwhile state of Jammu and Kashmir into Union territories was taken by the ruling Bharatiya Janata Party (BJP) only to please its voters.

"Desecrating Indian constitution to dismember & disempower J&K was done only to please their voters. I hope they course correct here too & reverse the illegal changes made in J&K since August 2019," the former Jammu and Kashmir chief minister said. — PTI