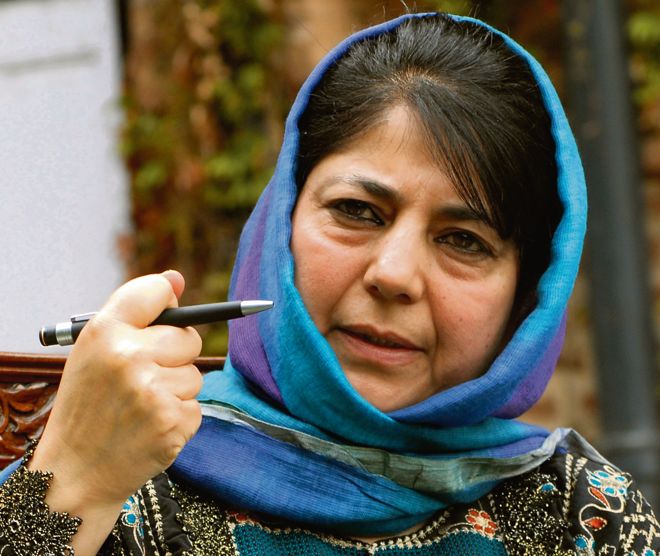 The delimitation of Assembly constituencies in Jammu and Kashmir is a part of the BJP’s “larger plan to divide and pit” regions, religions and communities against each other, PDP president Mehbooba Mufti has alleged.

Taking to Twitter, Mehbooba on Sunday said the Centre was “railroading” delimitation in Jammu and Kashmir with a “tearing hurry”, raising serious apprehensions about the motives of the exercise.

Talks between India, Pak must: Mehbooba

UT people should also be engaged in talks, she said after visiting the kin of a cop killed in a terrorist attack

“The tearing hurry with which Union Government is railroading delimitation in J&K has raised genuine & serious apprehensions about the motives of this exercise. It’s a part of BJP’s larger plan to divide & pit regions, religions & communities against each other,” she said.

The Delimitation Commission was constituted by the Centre on March 6 last year. It held its first meeting on Thursday to seek suggestion/views on the process of delimitation in respect of the UT. The meeting was attended by two of the five associated members — Union Minister Jitendra Singh and MP Jugal Kishore Sharma. — PTI