Six new Assembly constituencies in the Jammu region are being carved out from Rajouri, Doda, Udhampur, Kishtwar, Kathua and Samba districts 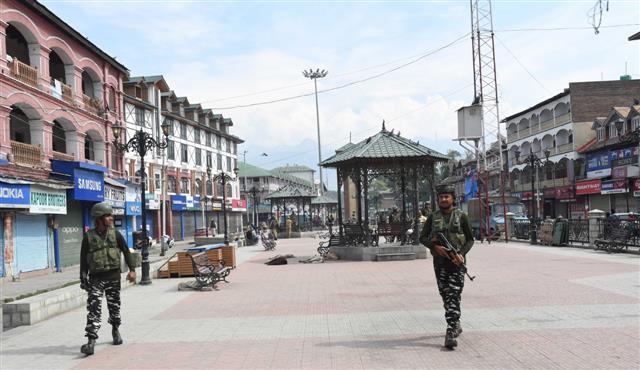 The Jammu & Kashmir Delimitation Commission, chaired by Justice (retired) Ranjana Prakash Desai, on Thursday submitted its duly signed final report to the government and subsequently a gazette notification was issued showing the details of the re-drawn Assembly constituencies in the Union Territory.

The panel was set up in March 2020. It was granted a one-year extension last year. In February, it was given a two-month extension to complete its task. Its term was to end on March 6, 2022.

According to the notification, the Commission has suggested increasing the seats from 46 to 47 in the Kashmir region, while in the Jammu region seats will be increased from 37 to 43, as now J&K will have 90 Assembly constituencies.

The six new Assembly constituencies in the Jammu region are being carved out from Rajouri, Doda, Udhampur, Kishtwar, Kathua and Samba districts. The one new seat for the Kashmir Valley has been carved out from the Kupwara district.

As per the notification, the Commission has reserved nine seats for Scheduled Caste and Scheduled Tribe population and all five Parliamentary constituencies will have equal number of Assembly segments for the first time.

The Commission has merged parts of Rajouri-Poonch areas with Kashmir’s Anantnag parliamentary constituency. This is for the first time a political unit has been created that transcends the geographical boundary between the Kashmir and the Jammu regions.

However, in the notification the Commission has claimed that J&K has been treated as a single entity for the purpose of delimitation. Patwar circle is the lowest administrative unit, which has not been broken. It went on to add that all Assembly constituencies “shall remain within the boundary of a concerned district”.

The Commission in the notification said there are 24 seats in Pakistan-occupied Kashmir (PoK) that will continue to remain vacant.