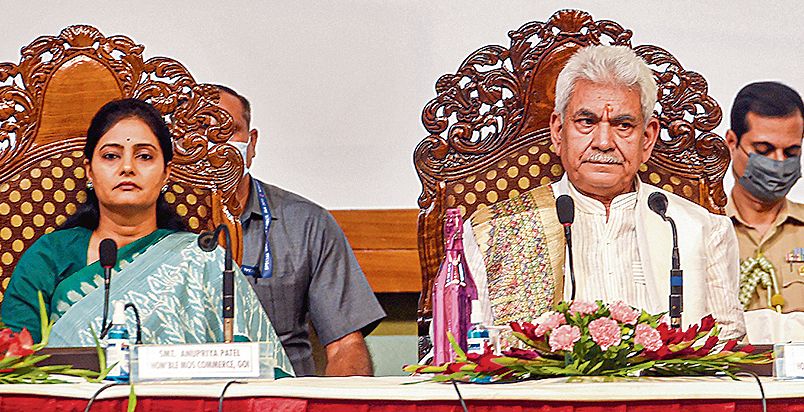 Union Minister Anupriya Patel and Lieutenant Governor Manoj Sinha during an event at the SKICC in Srinagar on Friday. PTI

Asserting that development was not possible without establishing peace in Jammu and Kashmir, Lieutenant Governor Manoj Sinha on Friday said some people were trying to provoke security forces and the administration “so that some mistake is made and an unrest is fuelled”.

The L-G said some people were continuously trying to foment trouble in the Valley as they were not happy with the tourism growing here, industries being set up, economic scenario stabilising, and lives of people changing.

Union Minister Anupriya Patel termed it as an important step towards realising the PM’s vision of making the districts of J&K strong economic hubs, besides giving further impetus to the exports from the region.