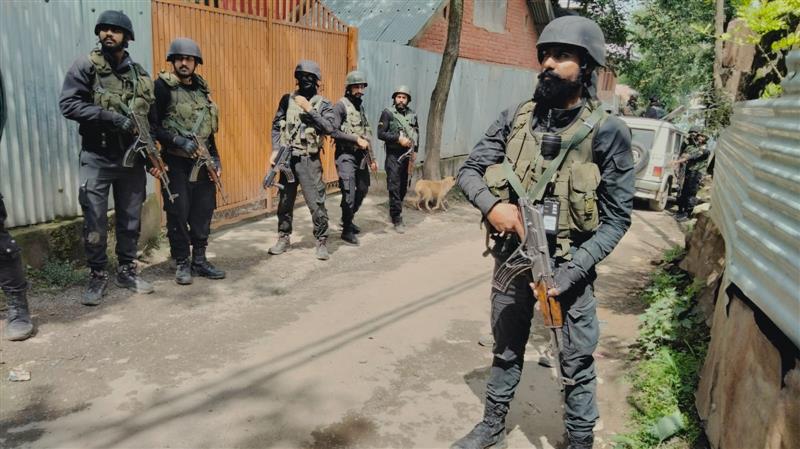 Three Lashkar-e-Taiba (LeT) terrorists were killed in an encounter with security forces in Jammu and Kashmir's Budgam district on Wednesday, police said.

The security forces had launched a cordon-and-search operation at Waterhail in the Khansahib area of the district following inputs about the presence of terrorists there. The search turned into an encounter after the ultras opened fire, they said.

"All the three hiding LeT #terrorists #neutralised. Bodies being retrieved from the site, identification yet to be ascertained. #Incriminating materials, arms & ammunition recovered. A big success for us," ADGP, Kashmir, Vijay Kumar tweeted.

Earlier, Kumar said three Lashkar men, including most wanted Lateef Rather, had been trapped at the encounter site.

"Three #terrorists of #terror outfit LeT(TRF) including terrorist Lateef Rather trapped in ongoing #encounter. Terrorist Lateef is involved in several #civilian #killings including Rahul Bhat & Amreen Bhat," he had tweeted.