A militant shoots dead a bank manager on Thursday in Kulgam, 8th such killing in a month 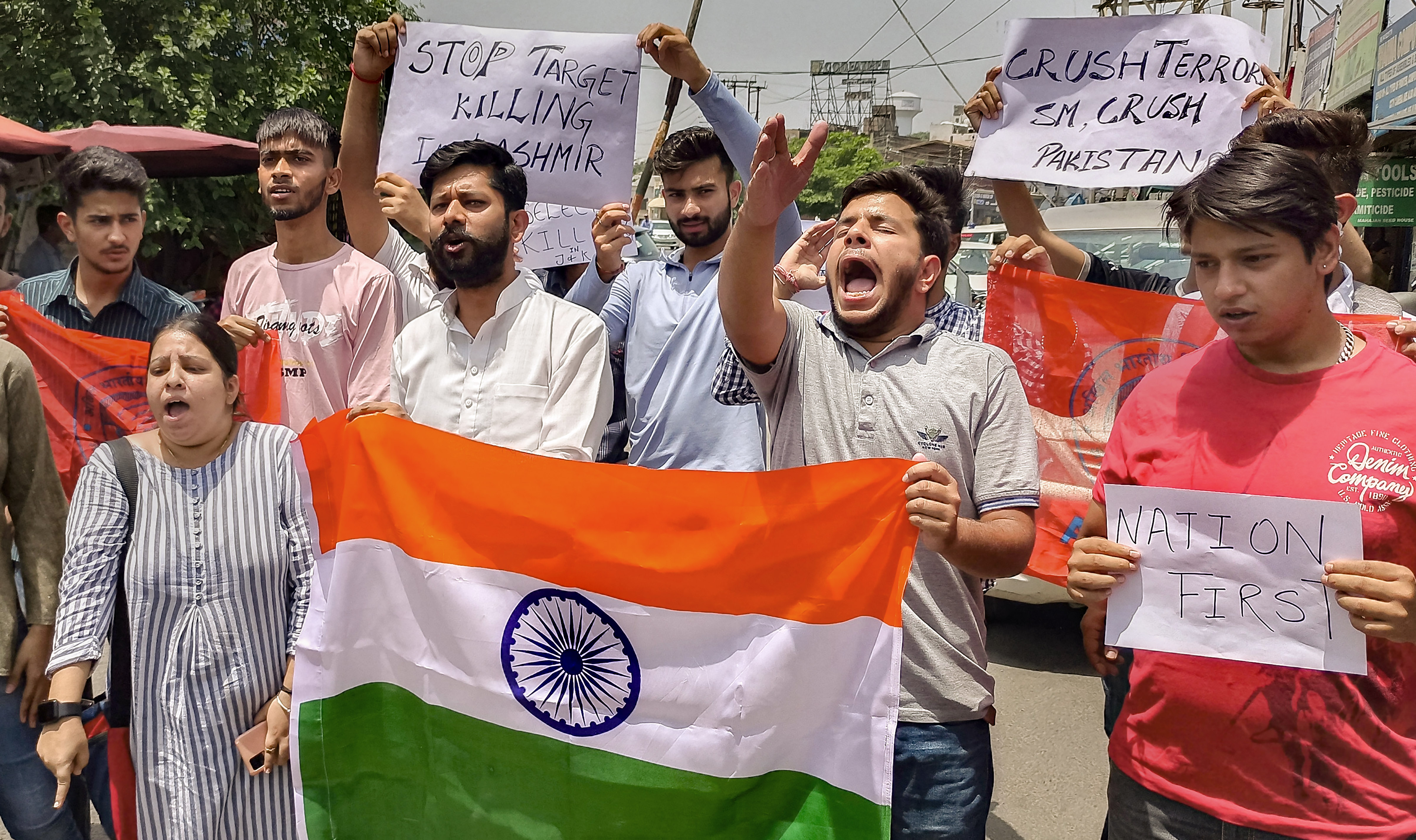 ABVP activists protest over the recent killings in Jammu and Kashmir in Jammu. PTI photo

The migrant Kashmiri Pandit employees will leave Kashmir en masse on Friday morning amidst a surge in targeted attacks in the Valley.

The employees living at various transit camps guarded by security personnel had called off the protest and decided to leave for Jammu, said Amit Raina, coordinator of the protesting employees.

"The protests across the Valley have been called off with immediate effect as the lives of the minorities are becoming unsafe by each passing day," Raina said in a statement.

The decision had been taken as the minorities were left with no option but to migrate, Raina said.

All protesters were "requested to assemble beyond Navyug tunnel on Friday” to decide the future course of action, Raina said.

Militants on Tuesday had shot dead Rajni Bala, 36, at her school in Kulgam - the latest in a spate of targeted killings in the region.

Avtar Krishan Bhat, a leader of the Hindu Kashmiri Pandit colony in Baramulla, said, “We have kept trucks on standby as we might have to leave anytime. The targeted killings have shocked us and we want the government to relocate us immediately.”

Bhat said the fear psychosis and trauma suffered by the community due to the targeted killings is a major reason for the fresh migration of the employees.

“We have 350 migrant employee families in Baramulla and half of them have left for Jammu since Tuesday,” he said.

Kashmiri Pandits said police had sealed the Indra Nagar locality in Srinagar to prevent them from leaving Kashmir.

Security has been stepped up around the transit camps in Kashmir where several thousand Kashmiri Pandit families reside.

The Kashmir authorities had established check-posts to prevent employees from migrating. Migrant Kashmiri Pandit employees were being stopped at various check-posts on the Srinagar-Jammu national highway, the protesting employees said.

“Police have established check-posts to stop us from leaving Kashmir. Family members are not allowed to move together out of transit camps because security guards think we would leave,” said Ashwani Sadhu, appointed as a junior engineer under the PM’s special employment package for the migrant Pandits.