Takes blame for delay in evacuation during anti-Naxal operations 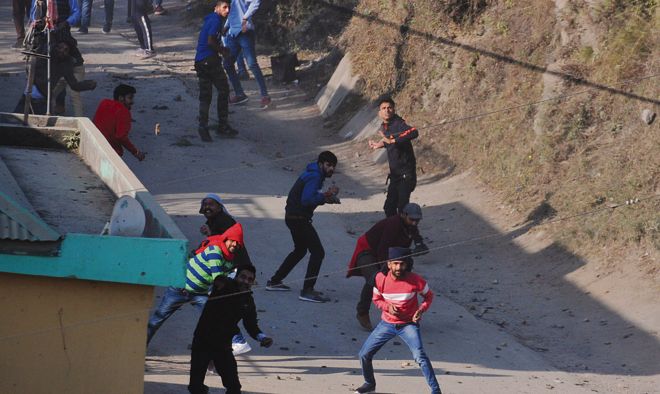 There has been a decrease in stone-pelting incidents since the abrogation of Article 370 in J&K, said CRPF Director General Kuldiep Singh.

“Post the abrogation of Article 370 that accorded special status to J&K, incidents of stone pelting have come down to nil now and the foreign terrorists operating in Kashmir too are very less,” he said.

According to the CRPF data, 175 terrorists have been killed by it in one year in the UT and 183 have been apprehended besides two have surrendered. Three CRPF personnel were killed while 61 injured between March 2021 and March 16 this year.

At the same time, he took the responsibility for the delay in air-evacuation of injured personnel in Bihar during anti-Naxal operations. He, however, contended that sometimes “practical difficulties” crop up in executing such evacuation operations in a timely manner in the Naxal theatre.

In a recent incident, an injured Assistant Commandant, Bibhor Kumar Singh, had to undergo amputation of both his legs post a blast in an anti-Naxal operation in Gaya due to delayed evacuation for over seven hours.

“If you ask who is responsible for this, I would hold myself responsible. It is our responsibility to ensure helicopters are provided to troops because it is we who ask our troops to go out for operations. If anyone is to be blamed, it is me. I cannot blame anyone else,” Singh said while addressing a press conference ahead of the Force’s 83rd raising day on Saturday (March 19), which is going to be held in Jammu this year.

He also said the atmosphere was conducive for anyone to visit the Valley, but the call for return of Kashmiri Pandits had to be taken by the community or agencies.

CRPF DG Kuldiep Singh says the force will discuss to decide on screening The Kashmir Files for the 3.25 lakh strong force. He says, “It is certain that if a film or drama is inspirational or motivates people, it must be seen.”

The CRPF DG says the atmosphere is conducive for anyone to visit the Valley, but the call for return of Kashmiri Pandits has to be taken by the community or agencies.