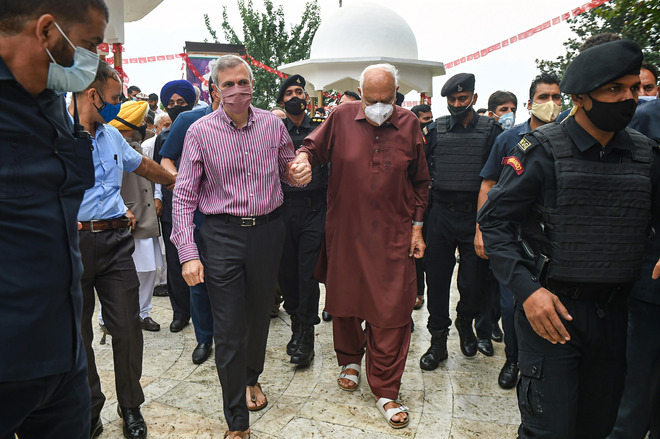 National Conference (NC) chief Farooq Abdullah on Wednesday stoked a controversy by saying that he hoped the Taliban would deliver good governance in Afghanistan and factor human rights and Islamic principles while governing the country.

Speaking to reporters after paying respect at the mausoleum of his father Sheikh Abdullah on his 38th death anniversary at Naseem Bagh in Srinagar, Abdullah said the Taliban should work to develop friendly ties with all countries. The BJP hit back saying he should not have commented on the sensitive issue of Taliban’s relations with other countries. “Such comments are not for an ex-CM of any state to make. Such positions are taken and articulated by the MEA,” BJP IT head Amit Malviya said.

Later, the National Conference hit out at a section of media for “falsely attributing” comments regarding Taliban to Abdullah. Taking a dig at some news channels, the NC on Twitter deplored the “twisting of words and misrepresentation of events to manufacture stories with mala fide intention.

Taliban has come to the fore as a reality. Its image in the first tenure was that of anti-human rights... it will now have to follow true Sharia law as laid down in Quran which guarantees rights of women, kids and elderly. — Mehbooba Mufti, PDP chief