'The fire was brought under control but this morning it started in Daramshal block and spread fast due to powerful winds', Forester Kanar Hussain Shah said. 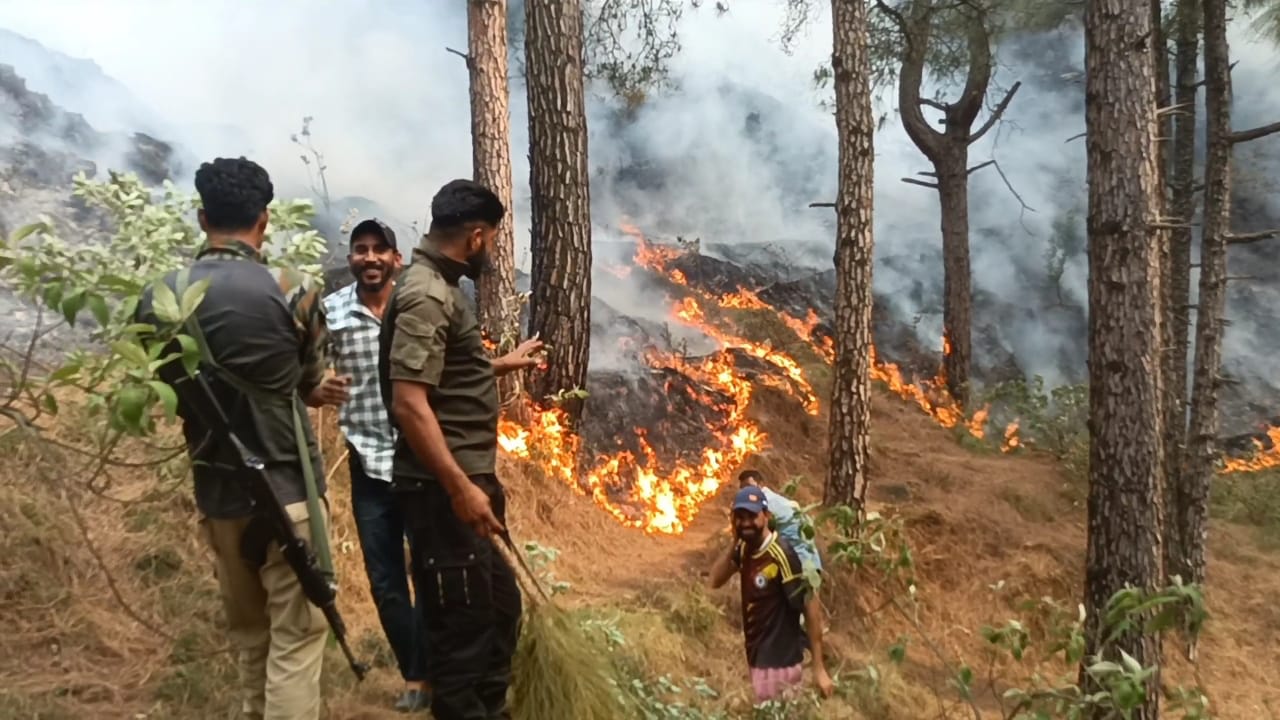 The forest fire has been raging for the past three days. Tribune photo

A forest fire triggered several landmine explosions along the Line of Control in Jammu and Kashmir’s Poonch district, officials said on Wednesday.

The fire that started in a forest across the LoC on Monday spread to the Indian side in the Mendhar sector, they said.

The fire triggered the explosion of nearly half a dozen landmines that were part of the anti-infiltration obstacle system, officials said.

“The forest fire has been raging for the past three days. We along with the Army are dousing the fire.

“The fire was brought under control but this morning it started in Daramshal block and spread fast due to powerful winds”, Forester Kanar Hussain Shah said.

He added that the blaze was later brought under control with the help of the Army as it reached near the border hamlet, he said.

In Rajouri district, another huge fire broke out in the Sunderbandi area near the border which spread to other forest areas, including Ghambhir, Nikka, Panjgraye, Brahamana, Moghala, officials said on Wednesday.

“The fire came from across the border and also spread to LOC areas of Upper Kangdi and Dok Banyad”, the official said.

The forest fires was brought under control, without a human loss, they said.

Another massive fire was broke out in the agriculture fields along International Border (IB) in Jammu district, officials said.

The fire spread to several kilometers of area close to Beli Azmat borer out post (BoP) of the BSF, they said, adding it was brought under control.