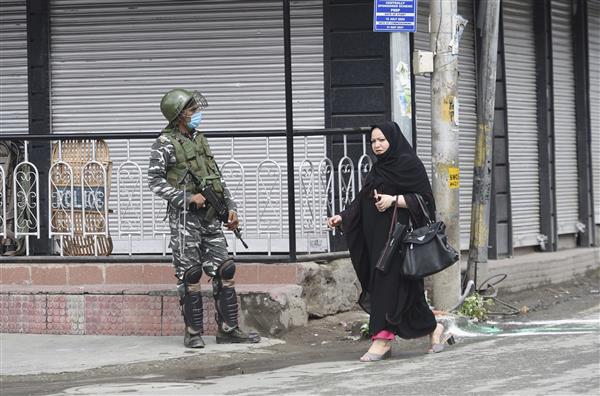 A security man stands guard on a street near the graveyard to avoid gathering in Srinagar on Tuesday. PTI

Authorities on Tuesday sealed off the graveyard of “martyrs” in the old city area here to prevent people from assembling to commemorate the killing of 22 people, who were protesting against the “autocratic” rule, by Dogra forces on this day in 1931.

The entry to the graveyard inside Naqshband Sahib shrine in Khawaja Bazaar near Nowhatta was sealed and security forces were deployed around the area to prevent anyone going inside, officials said.

The NC and the PDP had applied before the Srinagar district magistrate for permission to visit the graveyard for paying tributes, but they were not allowed.

Organisations representing displaced Kashmiri Pandits on Tuesday observed it as a black day. They said it reminded them of arson, loot and carnage against Hindus in 1931.

It was a public holiday in the erstwhile state of J&K, marked every year with a grand official function.

NC vice president Omar Abdullah tweeted, “July 13, 1931 marks the assertion of J&K’s identity and rights of its people. The martyrs will continue to be a beacon of light for us and for the coming generations.”

Mehbooba Mufti tweeted, “Attempts to distort and rewrite Kashmir’s history is being done only to create a sense of defeat and helplessness amongst Kashmiris.”

Meanwhile, life in some parts of Kashmir was affected due to the strike called by the moderate faction of Hurriyat Conference. Shops and other business establishments in the commercial hub of Lal Chowk, adjoining areas and old city remained closed. — PTI 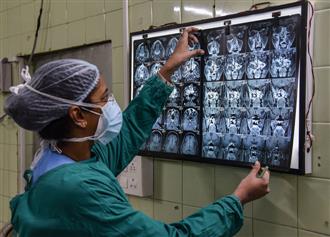