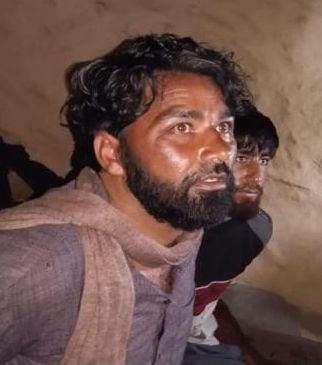 The terrorists in custody

Residents of Tukson Dhok village in Reasi on Sunday caught two Lashkar-e-Toiba (LeT) terrorists, identified as Talib Hussain of Rajouri, a former BJP worker, and Faisal Ahmed Dar of Pulwama. They were carrying two assault rifles, seven grenades, a pistol and ammunition, the police said. Lieut-Governor Manoj Sinha and DGP Dilbag Singh announced a reward of Rs 5 lakh and Rs 2 lakh, respectively. Praising the residents, the L-G said: “The determination shown by the people shows terrorism will soon come to an end.” The Army too issued a statement. “Tukson Dhok is a village of bravehearts who have displayed unparalleled courage in capturing the two terrorists who were armed to the teeth,” it read. 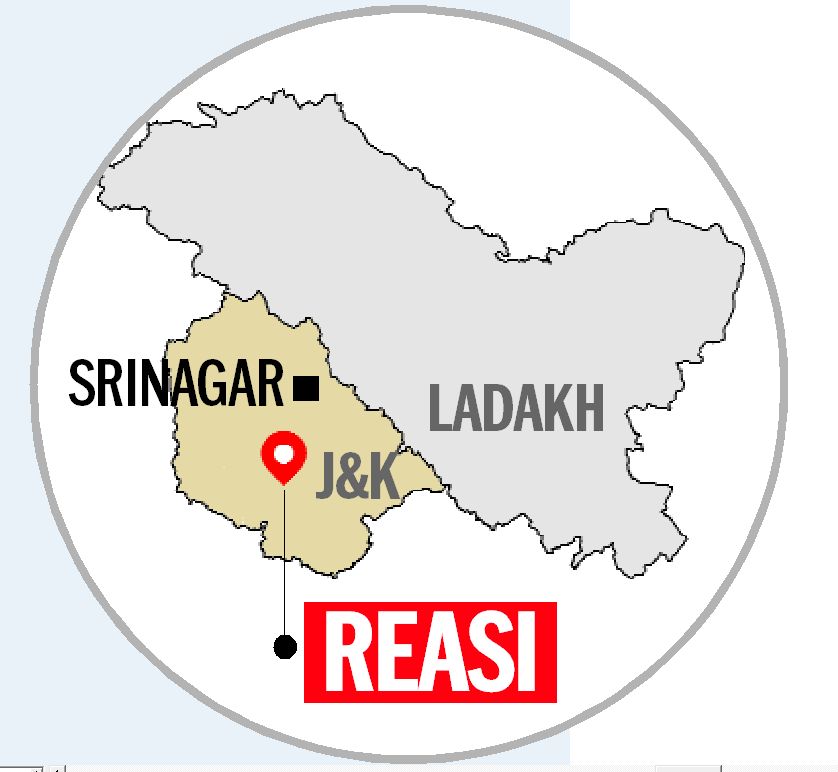 One of them a former BJP worker

Being chased by the Army and the police, the terrorists took shelter with a family, claiming to be shepherds. The family grew suspicious and checked their belongings. As soon as they found the weapons, they approached those residing in the vicinity and tied the militants up. Subsequently, the police were called.

The forces were on Talib’s trail ever since the Rajouri police seized five IEDs and busted a terror module with the arrest of two militants a week ago. Talib was declared an absconder and a reward announced for any information on him. “Talib was in constant touch with Pakistan-based terrorist Qasim. He was wanted in at least three cases of IED blasts and civilian killings,” ADGP Mukesh Singh said. Both Talib and Faisal were also in touch with Salman, their handler in Pakistan, he said.

Soon after the arrests, photos of Talib with senior BJP leaders started doing the rounds on social media. It was said Talib worked with the IT and social media cell of the party’s minority section in Jammu. However, president of BJP’s Minority Morcha Sheikh Bashir claimed Talib had resigned two months ago. “Now on, a background check will be done before allotting a party position to anyone,” he said.

Party’s Rajouri president Rajinder Gupta said: “The party is growing. We cannot take responsibility of everyone joining the party. Talib may have got pictures clicked with some of our senior leaders.” An explosion had rocked Kotrana town of Rajouri on March 26 and another on April 19, leaving two persons injured. Two more persons were injured in another blast that took place in Shahpur-Budhal area of Rajouri on April 24.

The district had seen a similar heroic incident in 2009 when a woman, Ruksana Kausar, axed an LeT terrorist to death after he barged into her house.