PDP chief was released from detention after 14 months on Tuesday 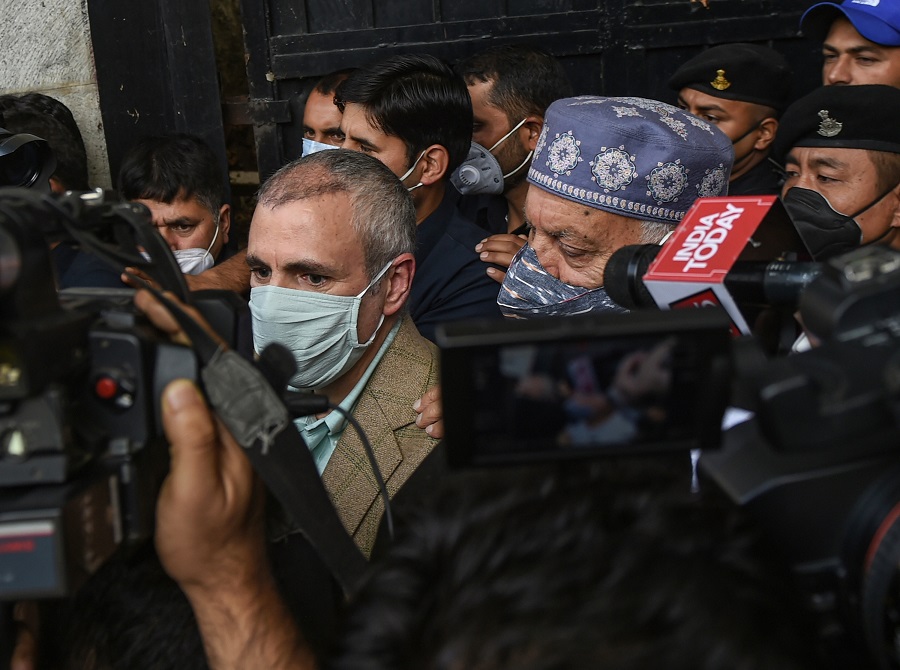 National Conference president Farooq Abdullah has convened a meeting at his residence on Thursday for chalking out the future course of action on ‘Gupkar Declaration’ with regard to the special status of Jammu and Kashmir which was revoked by the Centre last year.

Former Jammu and Kashmir Chief Minister and PDP president Mehbooba Mufti, who was released from detention after 14 months on Tuesday, will also attend the meeting.

"My father and I called on Mehbooba Mufti Sahiba to enquire about her wellbeing after her release from detention," NC vice-president Omar Abdullah told reporters.

My father & I called on @MehboobaMufti Sahiba this afternoon to enquire about her well-being after her release from detention. She has kindly accepted Farooq Sb’s invitation to join a meeting of the Gupkar Declaration signatories tomorrow afternoon. pic.twitter.com/MR9IQPFW2T

He said the PDP leader had accepted the invitation for the meeting of signatories to the Gupkar Declaration on Thursday.

"She has kindly accepted Farooq sahib's invitation to join a meeting of the Gupkar Declaration signatories tomorrow afternoon," said Omar.

Gupkar Declaration is a resolution issued after an all-party meeting on August 4, 2019 at the Gupkar residence of the NC president.

The resolution at the end of the meet on August 4, 2019, a day before the Centre announced its decision of revocation of Jammu and Kashmir's special status and split it into two Union territories, said the parties unanimously resolved that they would be united in their effort to protect and defend the identity, autonomy and special status of Jammu and Kashmir against all attacks and onslaughts.

The parties had met again in August this year and vowed to fight for restoration of the special status of Jammu and Kashmir. PTI