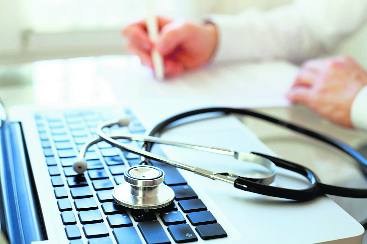 Even as the government is encouraging people to felicitate COVID warriors, higher-ups in the Health Department have asked Ayush doctors to remove the prefix ‘Dr’ from their names.

While referring to orders from Directorate of Health Services (DHS), Jammu, the Three-Block Medical Officers (BMOs) have issued a controversial order, warning strict action against, the AYUSH doctors who use prefix 'Dr' for any official communication.

The Health Department has faced criticism for such orders amidst the ongoing pandemic.

Sources revealed, that initially, the Directorate of Health Services, Jammu, issued a letter vide No:- DHS-J/Sch/AYUSH/MLHPs/835-47, Dated- 28-05-2020 in response to the representation received on the behalf of Ayurvedic graduates with the clear cut instructions to all Chief Medical Officers (CMOs) for addressing prefix “Dr” with Mid Level Health Providers, but soon after getting pressure from the medical fraternity another letter was issued by Director mentioning therein that the issue of prefixing “Dr” title pertains to Mission Director NHM.

The controversy started when officers-in-charge of the Medical Blocks of Dhansal, Bishnah and Marh of Jammu district passed orders to remove the prefix “Dr” from the names of Ayurvedic doctors, said sources.

Dr Varun Suthra, national convener of All Ayush Doctors Joint Association (AADJA) said this development seems to be a well-hatched conspiracy to demoralize the AYUSH doctors who have been working tirelessly as frontline COVID warriors while putting their as well as families’ lives at risk.