Heavy shelling by Pak in Poonch : The Tribune India

Heavy shelling by Pak in Poonch 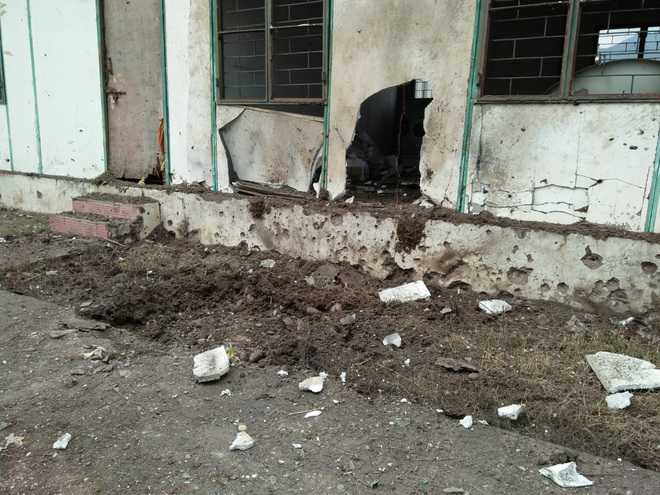 The Pakistan army heavily targeted forward posts and hamlets on Tuesday by opening fire and shelling three sectors along the LoC in Poonch districts, officials said. The Army effectively retaliated.

“At about 10.30 am, the Pakistan army initiated unprovoked ceasefire violation by firing with small arms and shelling with mortars along the LoC in Shahpur, Kirni and Qasba sectors in district Poonch”, a defence spokesman said. On October 1, an Army jawan was killed and another injured, when the Pakistan army violated ceasefire and resorted to mortar shelling along the LoC in the Krishnagati area of Poonch district, officials said. — PTI