‘I don't have a single tear in my eyes because my father was a fighter’, daughter of pharmacist shot dead in Srinagar 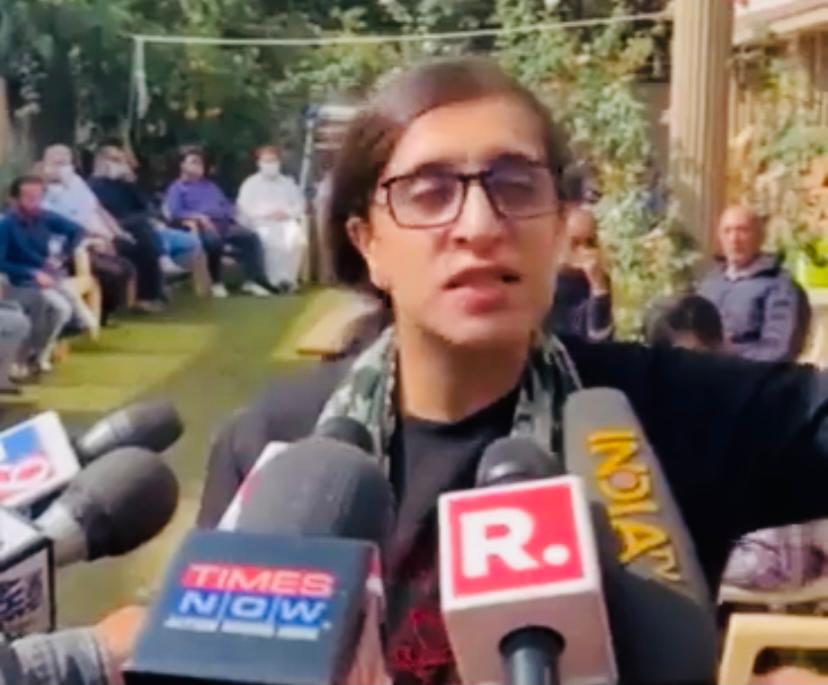 A day after Makhan Lal Bindroo, the owner of 'Bindroo Medicate', was shot dead by terrorists in Srinagar, his daughter, Shraddha Bindroo, on Wednesday hit out at terrorists.

She said her father was a fighter who always said that he would die with his shoes on.

"I don't have a single tear in my eyes because he was a fighter, he died like a fighter," she said. "He always said, "I will die with my shoes on." Terrorists fired upon the owner of 'Bindroo Medicate', Makhan Lal Bindroo near Iqbal Park in Srinagar on Tuesday evening. He was shifted to hospital where he succumbed to his injuries.

“My father Makhan Lal Bindroo a Kashmiri Pandit will never die. You can just kill the body and he will be alive in the spirit,” says Dr Shraddha Bindroo. #srinagar #Kashmir pic.twitter.com/eWgiFCPCKS

Speaking to reporters, Shraddha Bindroo asked the terrorists to fight with education instead of stones and guns given to them by politicians.

"I am an associate professor, I started from zero level, my father started from a bicycle, my brother is a famous diabetologist, my mother sits in the shop, that's what Makhan Lal Bindroo made us. A Kashmiri Pandit, he will never die." IANS