In Jammu, Rahul says Cong to do all it can to restore statehood : The Tribune India

In Jammu, Rahul says Cong to do all it can to restore statehood 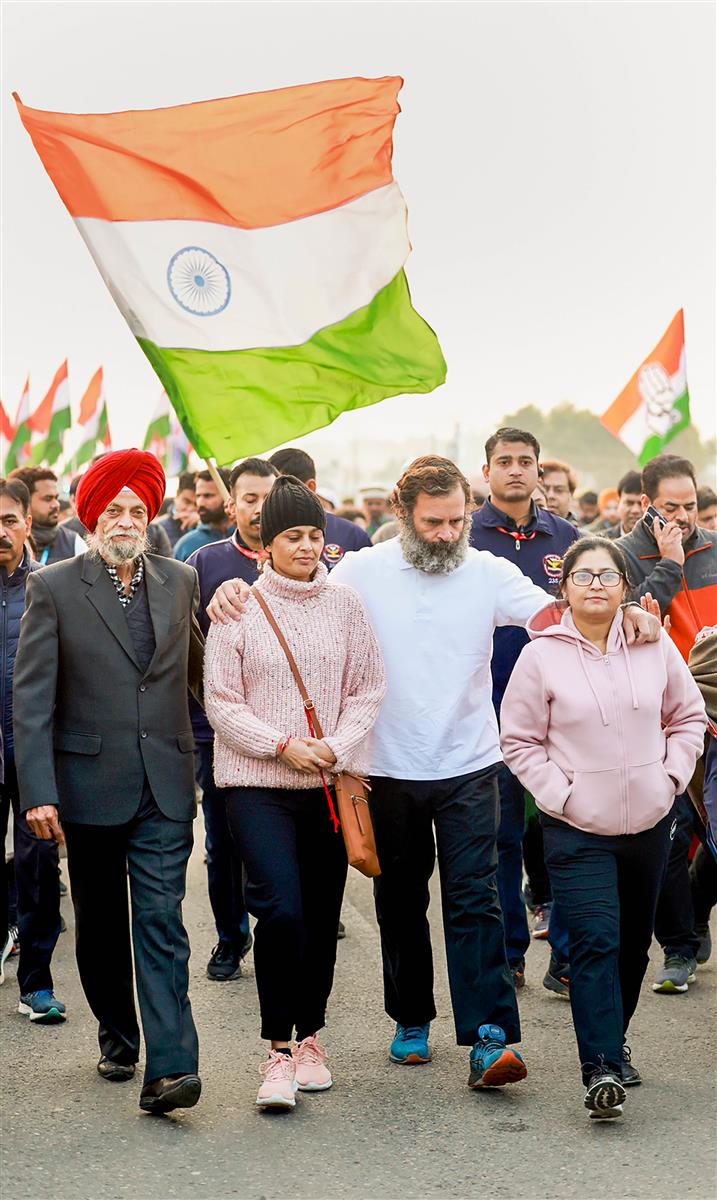 Three days after he entered J&K, senior Congress leader Rahul Gandhi raked up the issues of restoration of statehood and “outsiders” taking over the economy of the UT, a subject earlier taken up mostly by Kashmir-centric parties.

“On my way, I was told by locals that the trades they were involved in earlier have been taken over by outsiders. They (locals) told me that they were being completely ignored by the present administration of the UT and are left with no options now,” said Rahul at the rally.

So far, the issue of outsiders allegedly overtaking trades in the UT has been taken up by the PDP, National Conference, Apni Party among others mostly based in Kashmir.

Rahul also criticised the BJP-led central government for downgrading the state to a UT and not restoring its status. “The biggest issue of J&K at present is restoration of statehood. Your rights have been snatched away by the central government but the Congress will support you and use its might to reinstate the status of the erstwhile state,” Rahul told locals.

The Congress leaders entered Kathua on January 19 from Pathankot and started his march on January 20 morning. Leaders and workers accompanying him will reach Banihal in Ramban district on January 26. The leader will reach Srinagar on January 30 and will hoist national flag atop party office.

Rahul also criticised the L-G Manoj Sinha-led administration for allegedly ignoring the Kashmiri Pandit employees who have fled to Jammu from the Valley due to fear of targeted killings. “A delegation of Kashmiri Pandits met me and apprised me of how the administration was treating them,” he said.

He also attacked the Centre over the issue of rising unemployment, claiming J&K was on top in unemployment due to the government policies. “The central government is busy in helping only two-three industrialists in minting money. Small and micro traders who were affected due to demonetisation and wrong implementation of the GST are forced to shut their businesses,” Rahul alleged. Meanwhile, as the Bharat Jodo Yatra entered Jammu city, attacks by the BJP against Rahul have become blunt. “The Gupkar alliance, which is surrounded by allegations of anti-national activities, is part of Rahul Gandhi’s yatra. It is the same group that has been openly lobbying for China and Pakistan,” said Pardeep Mahotra, BJP media in charge.