Says so long as there is violence by unruly mobs, use of force is inevitable 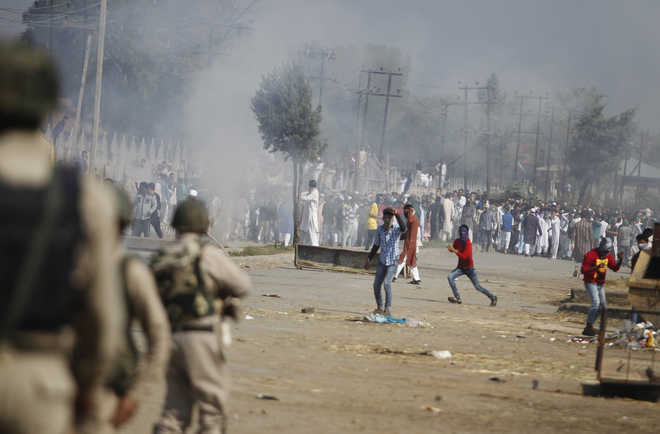 In a relief to security forces operating in the union territories of J&K and Ladakh, the Jammu and Kashmir High Court has refused to ban the use of pellet guns for crowd control during protests in the region.

A division bench of Justice Ali Mohammad Magrey and Justice Dhiraj Singh Thakur, while dismissing a PIL seeking a ban on pellet guns, said, “It is manifest that so long as there is violence by unruly mobs, the use of force is inevitable."

“What kind of force has to be used at a relevant point of time or in a given situation and place has to be decided by the persons in charge of the place where the attack is happening,” the bench said.

It added, “This court in the writ jurisdiction, without any finding rendered by a competent forum/authority, cannot decide whether the use of force in a particular incident is excessive or not.”

“Having regard to the ground situation prevailing as of now, and the fact that the  Ministry of Home Affairs, Government of India, has already constituted a committee of experts through its memorandum dated July 26, 2016, for exploring an alternative to pellet guns; before filing of the report by the expert committee and a decision taken at the government level, we are not inclined to prohibit the use of pellet guns in rare and extreme situations,” the High Court said while dismissing the PIL.

The PIL had been filed by the Kashmir High Court Bar Association in 2016 in the wake of the mass protests following the killing of Hizb commander Burhan Wani and pellet injuries to hundreds of people in the protests that ensued.