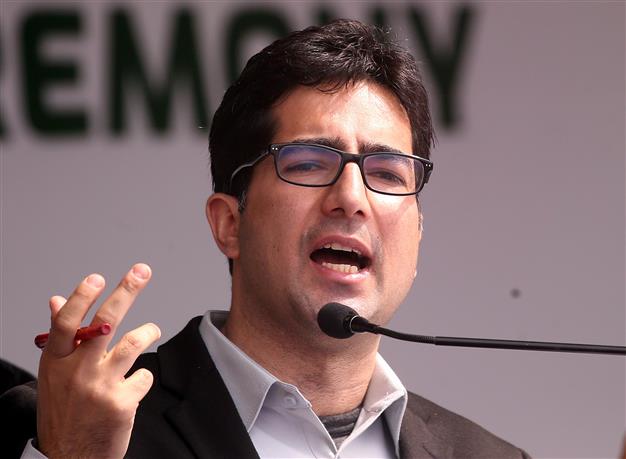 The Government today issued orders to reinstate Shah Faesal, a 2010 batch IAS topper of the erstwhile J&K cadre and posted him as Deputy Secretary in the Union Ministry for Tourism.

The Department of personnel and training reinstated Faisal who had submitted his resignation in January 2019 and floated the Jammu and Kashmir People’s Movement Party.

Faisal was thereafter detained under the Public Safety Act along with several other J&K political leaders in the wake of abrogation of Article 370 from Jammu and Kashmir.

After he was released, Faisal quit politics and started signalling that he wanted to rejoin the government service.

The government had not, till then, accepted his resignation.

In April 2022, the government had in fact accepted Shah Faisal’s application to withdraw his resignation.

On April 27, Faisal had tweeted that his idealism had let him down. “Eight months of my life from January 2019 to August 2019 created so much baggage that I was almost finished. While chasing a shimmering, I lost everything that I had built over the years. Job. Friends. Reputation. Public goodwill. But I never lost hope. My idealism had let me down,” Faisal had tweeted.