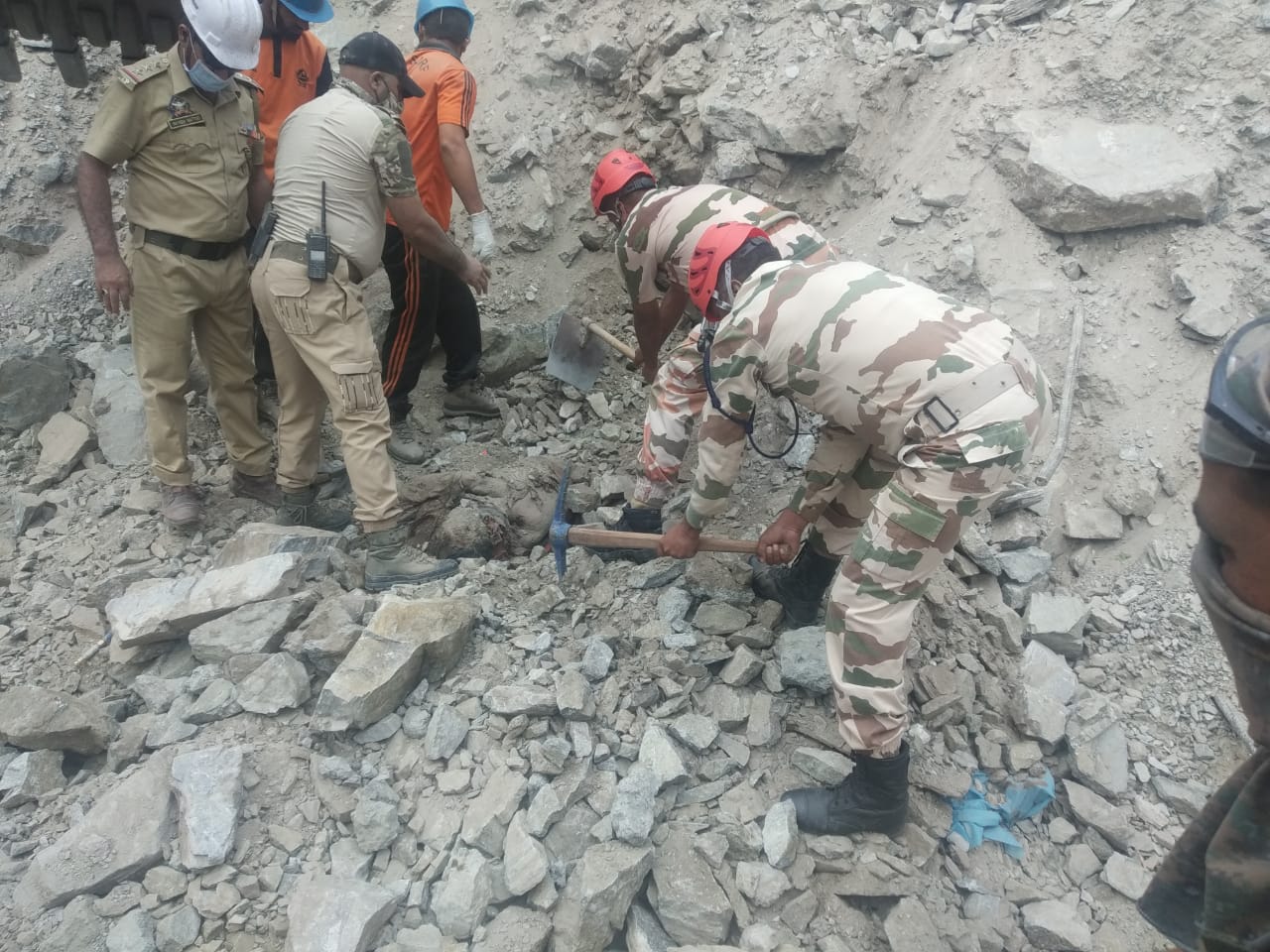 Rescue operation at the site of tunnel collapse on the Jammu-Srinagar national highway, near Magarkote in Ramban district, Saturday. PTI Photo

Rescuers were able to retrieve all 10 bodies of the workers, who were trapped inside the tunnel that collapsed in Ramban district of J&K late on Thursday.

One body was recovered yesterday after which the rescue operation to save the other nine persons was stalled due to the landslide in the area. The National Disaster Response Force (NDRF), ITBP, Army and other emergency services resumed the rescue operation today at 5 am. It was stated by the administration that a total of 10 workers were trapped inside at the time of the incident.

The police have also registered an FIR against the construction company for negligence. Mouth of the newly constructed tunnel collapsed when a landslide occurred in the area. Section 304-A (Causing death by negligence), 287 (Negligent conduct with respect to machinery), 336 (endangering life or personal safety), 337 (Causing hurt by an act which endangers human life) of Indian Penal Code (IPC) have been slapped against the company.

As per an official statement by police, the rescuers retrieved all the 10 bodies at around 7 pm. “Identification of the bodies is underway and National Highway is open for traffic” read the statement.

The bodies were shifted to the Government District Hospital, Ramban. “The operation will be called off soon,” the statement read.

Sources informed that at some places on Jammu-Srinagar four-laning of National Highway the work has been sublet by executing agency to such contractors who have little technical know-how about constructing roads and tunnels in such terrains.

Rescue operation faced several hurdles due to shooting stones and landslides. Yesterday, a major landslide hit the area of tunnel collapse after which the operation had to be halted immediately.

Senior Superintendent of Police (SSP), Ramban, Mohita Sharma said that the operation will culminate soon. She said that the men and machinery were deployed in strength to complete the search as soon as possible.

The stretch where the incident occurred has become a death-trap even for commuters and several accidents have taken place on NH in Ramban area due to shooting stones and landslides in the past.