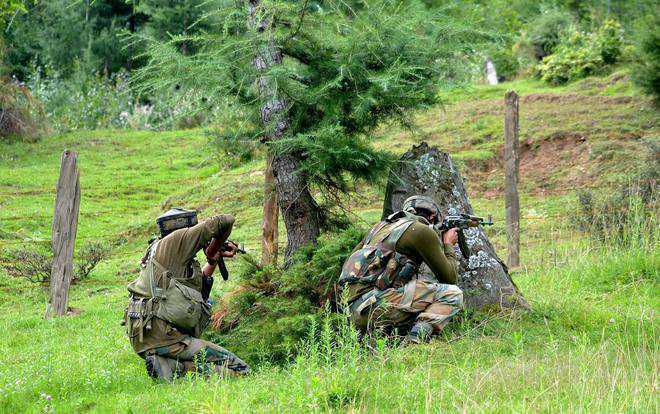 Acting on a tip-off about the presence of terrorists at Tilwani Mohalla Waggad in the Tral area of Pulwama district, the security forces launched a cordon and search operation there, a police official said, adding that an encounter broke out after the militants opened fire at the security men, who retaliated.