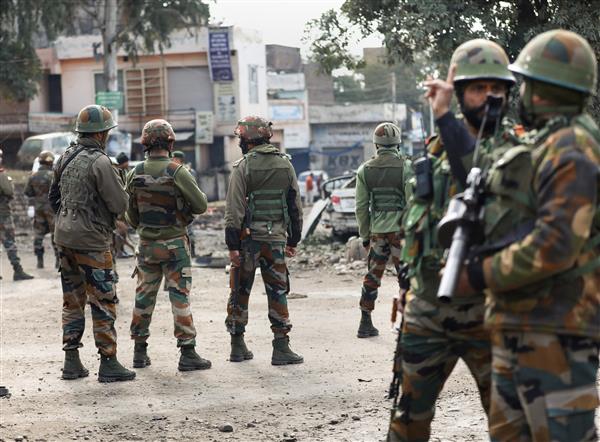 The Congress on Saturday criticised the ruling BJP for the falling security parameters in Jammu and Kashmir as twin blasts rock Jammu city ahead of the entry of Rahul Gandhi’s “Bharat Jodo Yatra”.

Six persons were injured in twin blasts at Narwal locality, which is nearly one-and-a-half kilometre away from Sidra area where Rahul Gandhi is scheduled to hold a public rally on January 23.

While condemning the incident, the senior Congress leader Ravinder Sharma said his party was confident that security agencies would take care of their leader.

“It is a matter of concern though,” he said.

“The twin blasts at Narwal show the deteriorating security situation in Jammu and Kashmir. The BJP government should be ashamed of itself for bringing Jammu and Kashmir to this level of insecurity where the country’s opposition has to be concerned about,” Sharma said.

He said that the security situation in Jammu has deteriorated under the direct rule of the BJP-led Central Government over Jammu and Kashmir.

The Bharat Jodo Yatra will continue and follow the route provided by the administration, Sharma said.

The blast occurred ahead of Republic Day amid tight security arrangements made by security forces across Jammu and Kashmir.

Security forces have sealed the blast area and launched searches. A team of forensic experts has also reached the site to evaluate the nature of the blasts.