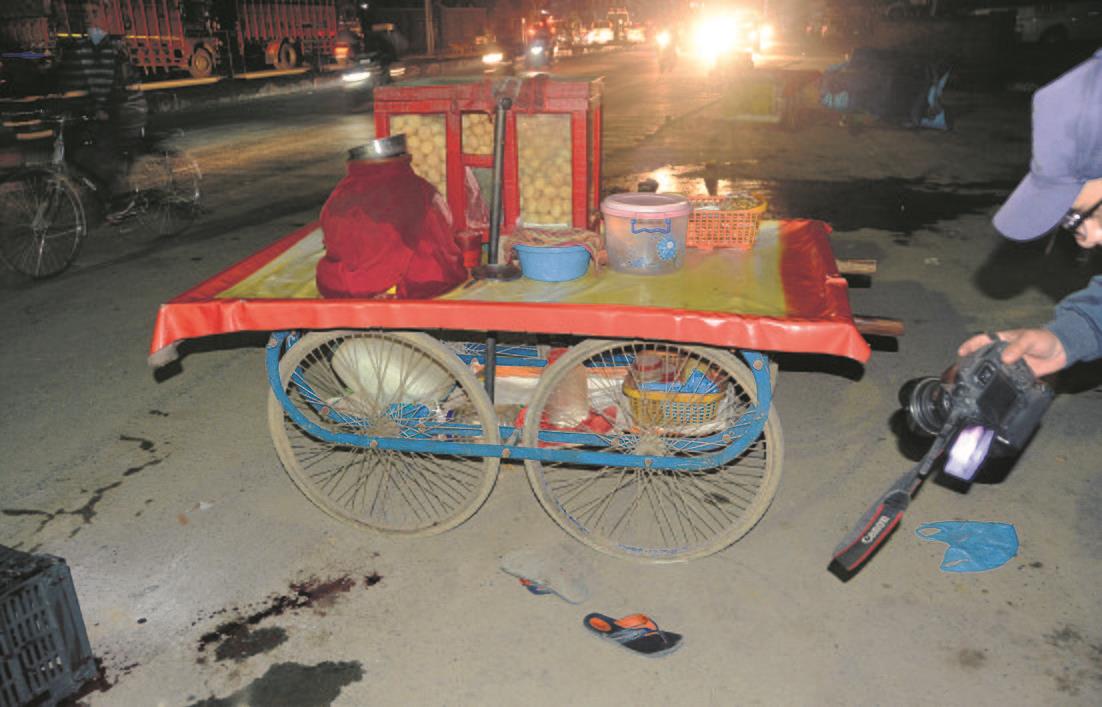 The crime site in Srinagar. PTI

Two more soldiers, including a Junior Commissioned Officer (JCO), were killed as the massive search operation to track down terrorists continued for the sixth day in the forest areas of twin border districts of Poonch and Rajouri on Saturday, officials said.

In the past six days, nine Army personnel, including two JCOs, have lost their lives in the ongoing counter-insurgency operation that began in Surankote forests of Poonch on Monday and later spread to nearby Thanamandi in Rajouri and Mendhar in Poonch.

The Army said Subedar Ajay Singh and Naik Harendra Singh were part of search operations launched by the security forces to flush out terrorists hiding in Nar Khas forest in Mendhar. Their bodies were found near the scene of Thursday’s gunfight with terrorists. Riflemen Vikram Singh Negi and Yogambar Singh, both from Uttarakhand, were confirmed dead earlier.

On October 11, five Army personnel, including a JCO, were killed when terrorists attacked a search party in Poonch’s Surankote forest. There was another exchange of fire between the Army’s search parties and the fleeing terrorists in the adjoining Thanamandi forest in Rajouri the same day but the ultras managed their escape.

“The presence of terrorists in the forest area connecting Poonch and Rajouri was observed two and a half months ago and accordingly tactical operations were launched to track them down,” Deputy Inspector General of Police, Rajouri-Poonch range, Vivek Gupta said.

He said the area is mountainous and the forest is dense, which makes the operation difficult and dangerous. Gupta said the forest area is being sanitised and once the operation is complete, a clear picture will emerge. (With PTI inputs)