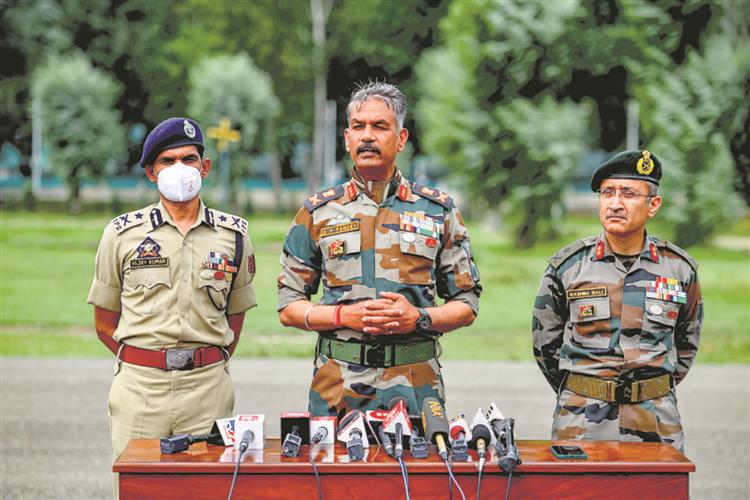 Sameer Dar: He too was involved in the Pulwama attack. Of the 19 accused in the attack, eight have so far been killed, said the J&K DGP

Belonging to JeM chief Masood Azhar’s family, Lamboo was allegedly involved in the planning of the 2019 attack on a CRPF convoy in Pulwama that had left its 40 personnel dead. A resident of Pakistan’s Punjab province, he was believed to have been the JeM operational commander (alongside Rauf Asgar) in southern Kashmir, the hotbed of militancy. The second terrorist has been identified as Sameer Dar. An A-category terrorist, he was named in the Pulwama attack chargesheet.

A suicide bomber, Adil Dar, had rammed an explosive-laden vehicle into the CRPF convoy on February 14, 2019, on the Srinagar-Jammu national highway in Pulwama.

Lt Gen DP Pandey, General Officer Commanding of Chinar Corps, is reported to have said that Lamboo was one of the masterminds for having trained a local, Adil, who blew himself up in the IED attack. — TNS