Lt Governor, Manoj Sinha lauded the effort of the Home Department and said the efficiency and good governance is the key to execute reform on vital fronts 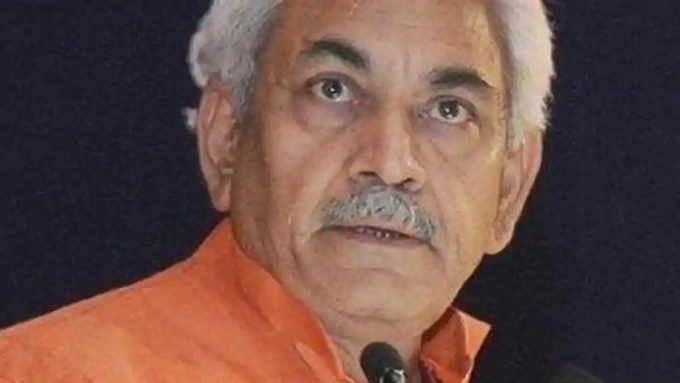 The Jammu and Kashmir government on Wednesday has promoted more, than 500 officers at the level of Superintendents of Police (SP) and Deputy Superintendent of Police (DySP), and has granted a selection grade of DySP in favour of more than 300 officers, including 440 serving officers.

The exercise has paved the way for smooth career progression of the Gazetted cadre of J&K Police—putting to rest more than three decades old seniority disputes and resultant litigations—which had restrained the long-pending regularisations and promotions and release of selection grade.

Lt. Governor Manoj Sinha has observed, that the J&K Police has been at the forefront to tackle the challenges posed by terrorism, displaying exemplary bravery, and courage, while at the same time, ensuring a secure environment for law-abiding citizens.

The police, however, has been besotted with seniority disputes over a long period of time. The Home Department has undertaken a comprehensive exercise, keeping consideration the cardinal principles and judicial pronouncements, to address the issue that had been plaguing the Jammu & Kashmir Police (Gazetted) Service for the last three decades.

The retired officers will also benefit from pay fixation. These figures need to be seen in the backdrop of a total of 268 SP level and 575 Dy. SP level posts (including reserves). This exercise has led to the regularisation of all the officiating SPs and completing the groundwork for finalising the seniority list at the level of Dy. SP right up to the present date.

While congratulating the officers, the Lt Governor, Manoj Sinha lauded the effort of the Home Department and said the efficiency and good governance is the key to execute reform on vital fronts.

“We are proud of our Police Force. They have always shown the highest professionalism and the greatest perseverance in handling cross-border terrorism and making a concerted effort in maintaining peace in Jammu and Kashmir. I strongly feel that it’s our collective responsibility to address the issue of career progression, well-being of police, and welfare of their families”, the Lt Governor said.

In the first phase, in September 2019, 600 plus officers were given a specific date of regularisation as DySP/SP and 153 officers were promoted/ regularised as DySP. Also, SP level regularisation was finalized up to 2007 while in respect of Dy. SP, tentative seniority as in 2009 was notified.

This tentative seniority was finalised in February 2020, setting the stage for the next round of regularisation as well as for officiating promotion on 28.02.2020 of 73 officers as SP, which had been stalled since 2015. Further, despite COVID, officiating promotions of 22 officers to Dy. SP level was also effected on 18.05.2020.

The resolution of these seniority disputes will pave the way for the smooth career progression of the Gazetted cadre of police i.e. at the level of Dy. SP and SP.