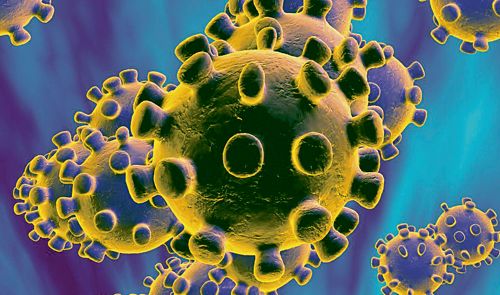 The J&K government today extended the J&K Epidemic Disease (Covid-19) Regulations, 2020, to both Kashmir and Jammu divisions to step up efforts to tackle coronavirus.

On Monday, the Lieutenant Governor promulgated the J&K Epidemic Diseases (Covid-19) Regulations Act declaring coronavirus as an epidemic and assigning powers, duties and responsibilities to surveillance personnel, medical officers and practitioners. Any violation of Act has been made punishable and criminal offence.

The prevailing situation, however, has started hitting normal life across J&K. After closing down restaurants, food courts, roadside eateries, malls, gyms and saloons, the UT administration has now decided to stop public transport.

In an order, the district administration, Ramban, has banned the operation of public transport till March 31 .

The UT administration has already announced that all Leh and Kargil passengers would be quarantined in J&K, while the public entry in Civil Secretariat and offices of Heads of Departments in Jammu division ceased till March 31

“A total of 113 samples have been sent for testing, of which 105 tested as negative and three cases have tested positive so far while reports of five cases are awaited till March 17,” an official spokesperson said.

In view of the emerging situation, CEO, Shri Mata Vaishno Devi Shrine Board, Ramesh Kumar has appealed pilgrims to postpone their visit to the holy cave shrine till normalisation of the situation.

While reviewing all aspects related to yatra and the safety of pilgrims, the CEO said all pilgrims were required to pass through mandatory thermal image scanning at Katra before proceeding for yatra.

The Shrine Board has already curtailed Atka Aarti slots, closed Garbhjoon cave at Adhkuwari and restricted yatra in groups.