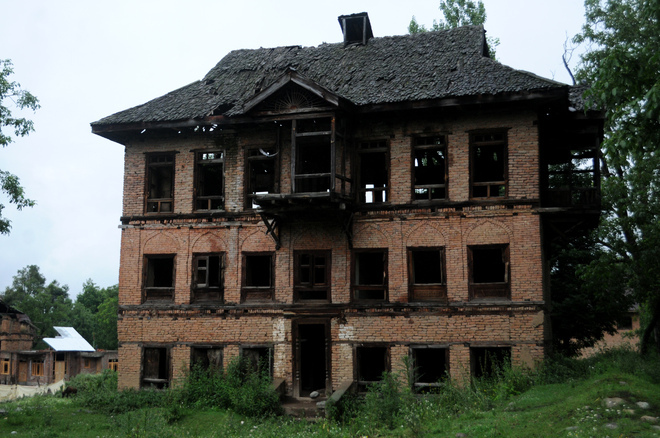 In the pilot phase of the project, the J&K administration has received 854 complaints. File

Nearly three decades after terrorism forced Kashmiri Hindus into exile, the Jammu and Kashmir administration on Tuesday moved to restore their lost properties in a timely manner.

In the pilot phase of the project, the administration has received 854 complaints, with Sinha noting that the development would go a long way in “healing wounds and correcting mistakes of the past.”

The migrants can log in to http://jkmigrantrelief.nic.in/ or http://kashmirmigrantsip.jk.gov.in to submit their complaints. Their applications will be disposed of in a fixed time frame under the Public Services Guarantee Act, 2011.

“The competent authority (deputy commissioner) shall undertake survey/field verification of migrant properties and update all registers within 15 days and submit compliance report to the divisional commissioner, Kashmir,” an official said. Sinha said, “Migrants whose properties were encroached or were forced for distress sale in the 1990s can file complaints. This initiative will put an end to the plight of the migrants including Hindus, Sikhs and Muslims.” He said it was the responsibility of the present leadership to rectify the mistakes of the past.

In another development, the administration has decided to name a road and a college after two prominent Kashmiri Pandits. While a road in Srinagar will be named after prominent writer Zinda Kaul, the first Kashmiri poet to win the Sahitya Akademi Award, Government Degree College, Hyderpora, will be named after Motilal Keemu, another famous playwright who was awarded the Padma Shri.