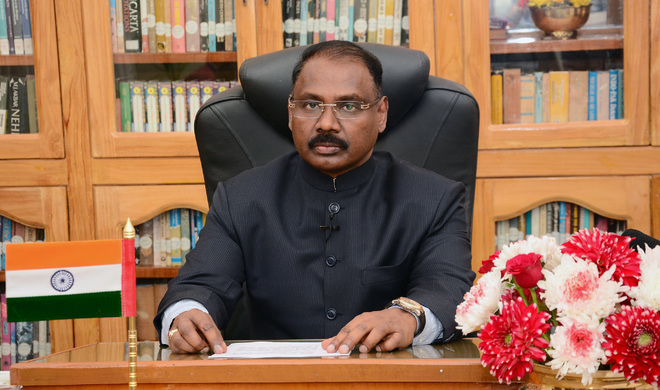 Lieutenant-Governor GC Murmu said on Monday that elections to the J&K Assembly would be held after the conclusion of the delimitation exercise. In an interview with The Tribune today, he said: “The Election Commission of India has appointed members (of the Delimitation Commission) and also co-opted members. There will be the Census 2021. I don’t know what view they will take.”

The Election Commission of India has appointed Delimitation Commission members and also co-opted members. There will be Census 2021. I don’t know what view they will take. — GC Murmu, L-G

The Delimitation Commission was to work as per the Census 2011. This was being opposed by several political groups that wanted Census 2021 to be the basis for the elections. Replying to a series of questions, L-G Murmu said after the abrogation of Article 370, anyone could settle in J&K, “but the domicile policy will protect recruitment of locals in services.” He pointed out that justice had been done to West Pakistan refugees and others who were denied citizenship rights even after having lived in J&K for 73 years, adding that “land laws will be made separately.”

Asked if scrapping Article 370 had resolved the Kashmir issue, he replied: “There was no issue, it was mere propaganda by a minuscule section. This narrative will die its own death. This was a temporary Article and had created a psychological barrier. Out of 890 Central laws, 450 were already applicable to J&K.”

On the government functioning from two capitals, he said this was necessary for delivering governance to both regions in the trying times of Covid. “It is a one-time affair.”

On differences within the bureaucracy affecting governance, he said bureaucrats were overworked, “fighting the pandemic and at the same time expediting development.”

He pointed out that 606 projects pending since 2010-2011 had been completed, power upgradation work was underway, projects such as Pakal Dul and Kiru had been revived, work on AIIMS had begun, and 7,000 of 20,000 projects identified during the “Back to Village” programme completed.

He refuted the charge that the health system was on the brink and could not cope with the Covid situation. “Let those levelling the charge substantiate it. We were No 1 in testing in June. Covid hospitals have been set up. It’s a phenomenal fight against the virus,” he said.