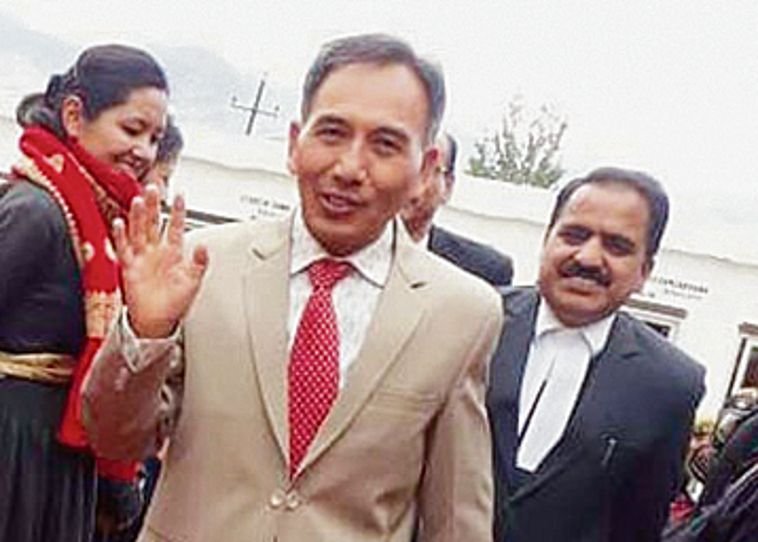 Justice Tashi Rabstan, senior-most judge, has been appointed acting Chief Justice of Jammu and Kashmir and Ladakh. He will take up the role from December 8 following the retirement of Chief Justice Ali Mohammad Magrey.

According to a notification, issued by the Ministry of Law and Justice, President of India has appointed Justice Rabstan to perform duties of the office of the Chief Justice of Jammu and Kashmir and Ladakh.

“In exercise of the power conferred by Article 223 of the Constitution of India, the President is pleased to appoint Justice Tashi Rabstan to perform the duties of the office of the Chief Justice of the High Court of Jammu and Kashmir and Ladakh with effect from December 8, 2022, consequent upon the retirement of Justice Ali Mohd Magrey, Chief Justice of the J&K and Ladakh High Court,” reads the notification.

Justice Rabstan belongs to Varsudopa of Skurbuchan village, Leh. He did his LLB from University of Jammu and enrolled as an advocate on March 6, 1990, in the Bar Council of Jammu and Kashmir. In 1997, he was appointed as Standing Counsel for the Ladakh Autonomous Hill Development Council, Leh. He continued in the job until 2005. He also worked as panel counsel for the Union Public Service Commission, New Delhi, from April 2008 till December 31, 2011.