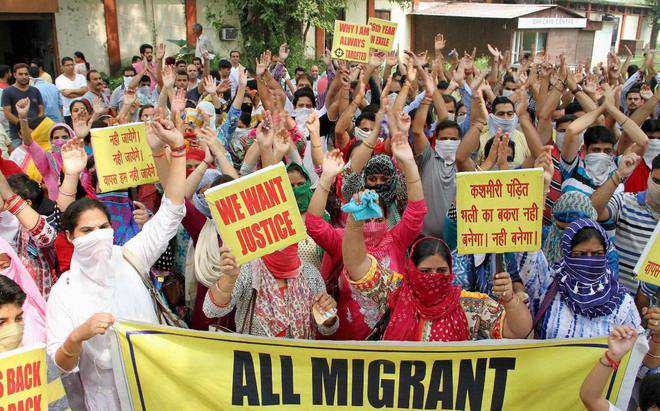 A day after Kashmiri Pandit leader and spokesman of Lok Janshakti Party Sanjay Saraf raised objections over the issuance of domicile certificates, a body of displaced Pandits on Sunday demanded stopping the process of issuing these certificates. They said the government should first bring back Pandits that were displaced after the eruption of militancy three decades ago.

Stating that issuing domicile certificates to outsiders before rehabilitating them was a “violation of democratic, constitutional and humanitarian rights.”

Mahaldar said: "Our fundamental rights and constitutional rights have been denied for the last 31 years.  And issuing domicile certificates before settling us is a violation of all the basic constitutional and human rights."

The issuance of domicile certificates has already triggered reactions from the regional political parties especially the National Conference (NC) and Peoples Democratic Party (PDP). Both parties censured the same, especially after the news of an IAS officer from Bihar getting the domicile certificate came to the fore.

Yesterday, Saraf too had said the government's priority should be to bring back Pandits.

"Don’t understand what domicile is...it seems it is only for bureaucrats. If Article 370 has ended, why this domicile. We already had a state subject certificate...for whom are you making it? If you have to do it, first rehabilitate the Kashmiri Pandits. You (government) had said you will bring back Pandits through domicile. Confusion is being created in a sensitive atmosphere," Saraf had said.