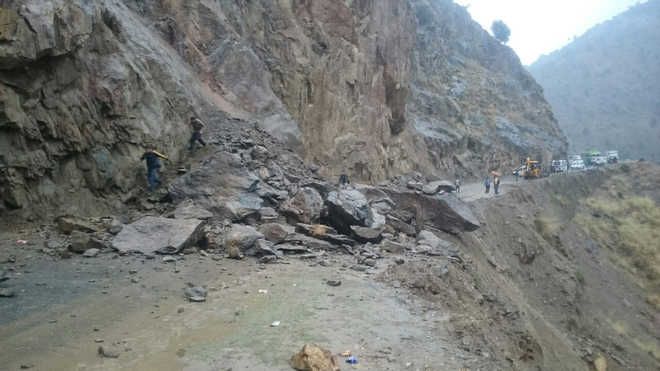 The Jammu-Srinagar National Highway and Mughal Road were closed for vehicular traffic due to landslides and shooting stones triggered by heavy rain at several places in Jammu and Kashmir’s Ramban and Poonch districts on Friday, officials said.

A convoy of 174 Amarnath Yatra pilgrims has been halted at Chanderkoot Yatra Niwas till clearance of the road, they said. Vehicular traffic on the historic Mughal Road in Poonch was suspended on Friday due to a landslide triggered by heavy rains, according to officials.

The road, which connects Poonch and Rajouri districts in Jammu region with Shopian in South Kashmir, is an alternative route to the Jammu-Srinagar National Highway.