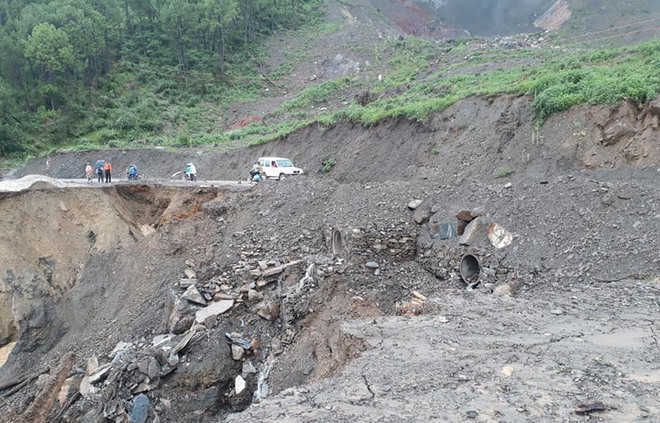 Traffic remained halted on the Jammu-Srinagar National Highway due to a major landslide at Rampari area of Ramban district in Jammu on Wednesday. The traffic was halted for nearly five hours. The landslide and shooting stones forced the traffic police to shut the vehicular movement on the vital highway that is also considered to be the lifeline of the Valley as all the essential commodities are sent to Kashmir through this route.

A traffic police spokesperson said the road was blocked at 6 am. The spokesperson later informed that one-way traffic at Rampari had been opened. The highway had witnessed a similar incident on Monday as well.