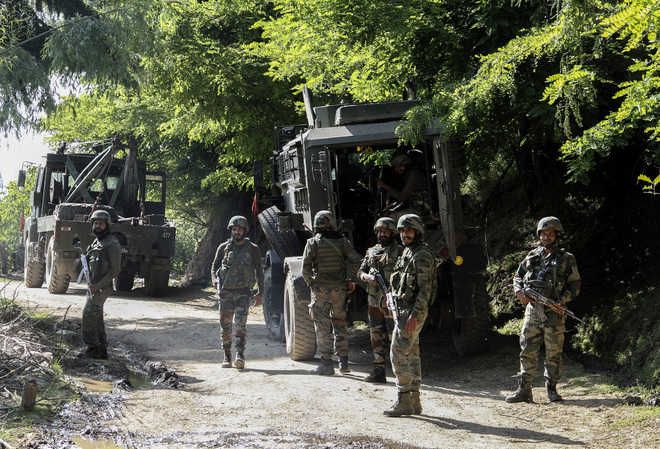 A foreign Lashkar-e-Toiba (LeT) terrorist, who was an IED expert, was killed in an encounter with security forces in Anantnag district of Jammu and Kashmir on Saturday, the police said.

Security forces had launched a cordon-and-search operation in the Larnoo area of Anantnag district in south Kashmir this morning following inputs about the presence of militants there, a police official said.

The official said after the presence of the militant was ascertained, he was given an opportunity to surrender, but he fired indiscriminately at the search party, leading to an encounter.

In the gunfight, the foreign militant was killed and his body retrieved from the site of the encounter, the official said.

He said the slain militant was identified as Nasir, alias Shakeel Saab, alias Shak Bhai, an “A”-category militant and an IED expert affiliated with the proscribed LeT outfit.

Incriminating materials, including arms and ammunition, were recovered from the site of the encounter, the official said, adding that these items had been taken into the case records for further investigation and to probe his complicity in other terror crimes. — PTI