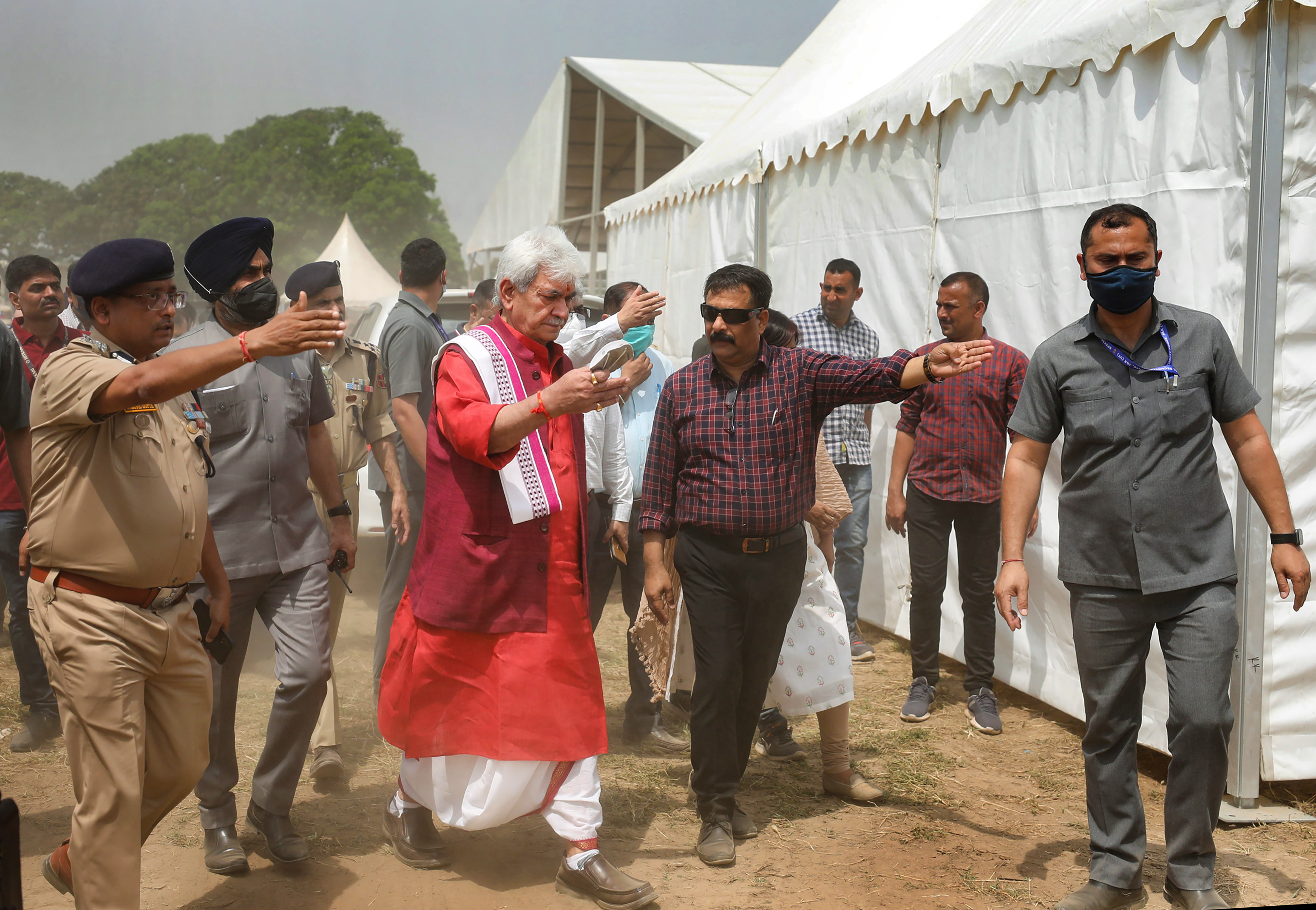 Lieutenant Governor Manoj Sinha today said Prime Minister Narendra Modi’s visit to Jammu on April 24 would be historic and unprecedented as he would address the people of J&K along with the gram sabhas across the country. “Ground breaking ceremony for Rs 38,082-crore industrial development proposals will be held in the presence of eminent industrialists,” he said.

Sinha along with other functionaries visited Palli village in Samba district to review the preparations.

Meanwhile, DGP Dilbag Singh, at a time when the Valley is witnessing frequent terror attacks, said the security situation was better than before. “The situation in Kashmir is peaceful than before and counter-terror operations are continuing with elimination of ultras. There is no doubt that terrorists are also active, but they are being eliminated within no time by security forces,” he said. While talking to reporters, Dilbag Singh said there was a mushroom growth of terror groups in Kashmir but these were mostly the affiliates of Lashkar-e-Toiba (LeT). “Like mushroom grows in rainy season, these terror groups have also grown and all take responsibility of a single attack. But these are affiliates of the LeT and have little existence on ground,” he informed.

There have been many attacks on civilians and security forces after which questions are being raised on the intelligence network of the police and the Army.

Commenting on the attack on CRPF men early this month, the DGP said both the Pakistani terrorists involved in the attack had been killed. “Terror groups replace local stooges with Pakistani ultras when they fail. The foreign ultras are provided fake Aadhaar cards so that they can move freely within the Valley,” the UT police chief said.

Talking about the attack on Railway Protection Force (RPF) personnel in which a head constable was killed and an assistant sub-inspector injured, the DGP said the police had strong leads about the ultras and they would be brought to justice soon.

As per an official statement issued by the L-G, as many as 100 Jan Aushadhi centres would also be dedicated to the public and award money would be distributed to all the panchayats of the country with just one click by the Prime Minister.

During his visit to Palli panchayat, the PM will interact with the sarpanches, panches and people invited from across the UT.