Speaking to Arun Joshi of The Tribune, Lt Gen B S Raju, Commander of 15 Corps, whose troops guard the LoC in the Kashmir valley and are largely responsible for the counter-terrorism operations, explains how local recruitment is a matter of concern and that the operations are not targeted at individual terrorists but the eco-system of terrorism that is sponsored and funded by Pakistan. 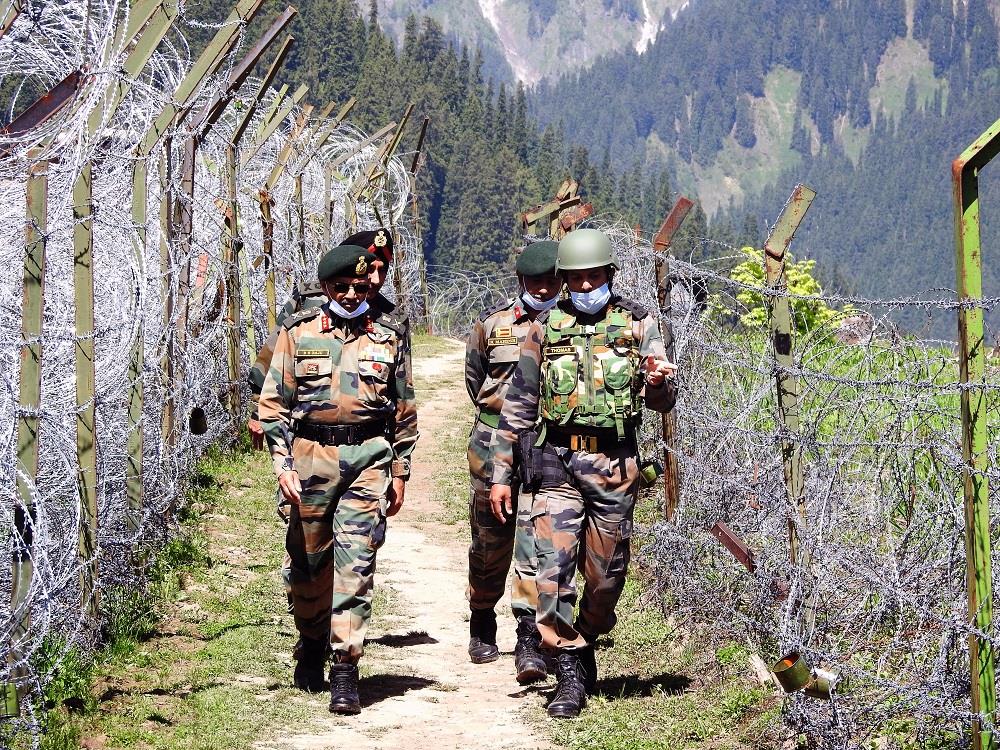 Lt Gen B S Raju, Commander of 15 Corps, has been visiting forward positions regularly and interacting with troops at the LoC.

Lt Gen B S Raju, Commander of 15 Corps, who has been visiting forward positions regularly and interacting with troops at the LoC, says the Army is keeping a watch over “defensive deployments” by Pakistan, and the Gilgit-Baltistan situation is also being watched.

Below are excerpts from the interview:

What has been achieved by the repeated successes of the Army; has the last line of militants been eliminated?

A: In Kashmir we are not just targeting the individual terrorist, but the ecosystem that nurtures terrorism. The recent encounters between security forces and terrorists are part of our routine counter-terrorist operations, where success has been driven by good intelligence and support from common people.

The lowering of violence levels in J&K is causing frustration in Pakistan, which is visible from their public statements and social media activity. With the onset of summer, Pakistan is back with its strategy to push in more terrorists into the Kashmir valley through infiltration to sustain terror in J&K. The counter-infiltration grid is robust and effective in preventing infiltration.

The success in kinetic operations to kill terrorists is being supported by the effort to target the “Over-Ground Worker” network and the eco-system that sustains terrorism. There is a “whole nation” approach to counter-terrorism, in which all elements of the government and the civil society are collaborating. We are continuously acting to reduce space for terrorists and their support structure. The success in the counter-terror operations has a deterrence effect that is showing results, especially after killing of leaders of major “tanzeems” (terror groups).

Is Pakistan likely to take advantage of the India-China face-off in Ladakh and launch a Kargil-type misadventure in Kashmir, as it is pushing in armed infiltrators from its side of the LoC?

The increased ceasefire violations and infiltration attempts were anticipated in view of the onset of summer. We are aware of some defensive deployments done by Pakistan. The situation in the Galgit-Baltistan area is also being watched.

We are also watching carefully for any attempts by Pakistan to take advantage of the situation in Ladakh. Along the LoC and in the hinterland our security grid is intact and the Indian Army is well poised to deal with any situation.

How do you read the internal situation in the Valley and the local recruitment?

A: The internal situation in Kashmir is stable but sensitive. Maintaining peace has been the prime goal of all security forces, working in close synergy with each other, i.e., between the Army, J&K Police, CAPFs, Intelligence agencies, and the civil administration. The people-Army connect has always been strong due to our ethical conduct and transparency in operations. It is an effort that has to continue.

The adversary’s principal strategy is to instigate violence and loss of life and property in Kashmir, which starts a cycle of violence and casualties. The security forces are conscious of this strategy. In J&K, the security forces strategy is to carry out most operations based on specific intelligence and conduct those in a manner that ensures minimum use of force and steps are taken to avoid collateral damage. Damage can happen when terrorists take refuge in built-up areas and use local population as human shields. It has to be understood that this restraint has at many times allowed the terrorists to escape, or even cause casualties to own troops. It is known that Indian security forces use minimum force in counter-terror operations, unlike Pakistan which has used artillery and air bombardment in anti-terror operations within its own territories of KPK and FATA. 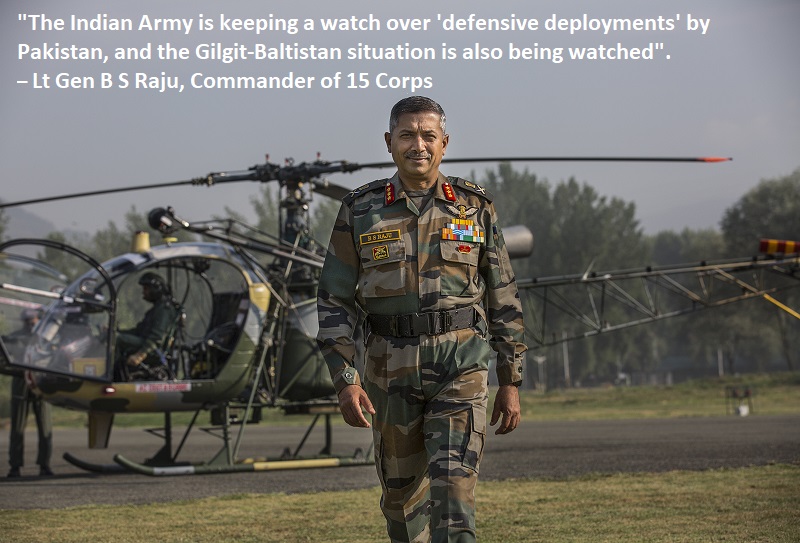 Precautionary and pre-emptive measures taken for the safety and security of the people have been instrumental in saving lives. The occasional spurt in civilian killings is indicative of the desperation of the terrorist controllers to show action and they are resorting to hitting soft targets among Kashmiri population. We are working towards neutralising this threat also.

Local terror recruitment is one of our primary concerns. Our efforts are aimed at weaning the youth away from terror. Proactive steps are being taken to identify and counsel vulnerable youth. In this we seek the help and support of civil society. New recruits have very low survivability, with some getting killed within couple of months; this is something that gives us no happiness. We are working to, first, prevent local youth from joining terror and, second, to facilitate surrender from those who have joined terror ‘tanzeems’. Even in situations when we have surrounded these terrorists, we seek surrender before action to kill them. In some cases, we have even sought help of parents and families to seek surrender. We hope the effort will get more success with our continued efforts.

Is Pakistan the only factor in Kashmir?

Pakistan is the principal instability factor in J&K. Pakistan has been the principal sponsor of terror in Kashmir. All flow of weapons, terrorists and narco funding originates in Pakistan. The country has single-minded focus on interference and poisoning the minds of the people of J&K. Towards this effort it has paid proxies that peddle its destructive narrative. Pakistan has also used religious radicalisation as a tool to fuel separatism. If this issue of Pakistan interference is addressed, then J&K will have the opportunity to focus on the aspirations of the local people, and work to address the daily challenges of working towards progress and development.

Pakistani interference has stalled J&K’s economic and civil society activity for the past three decades. Pakistan is the principal factor that has diverted the entire focus on to the security situation. The security forces are working to ensure an environment where the administration and civil society are free to work for the good of the state.

In an era of fake news and social media propaganda, J&K’s “awam” needs the support of the entire nation in this battle.

Is the China-Pakistan nexus a cause for concern on our borders in Kashmir?

A: I can assure you that our combat readiness for any contingency is very high. We have highly trained and well-equipped combat forces to deal with any contingencies.

The China-Pakistan nexus is a national security challenge for India. The national leadership, Indian diplomacy, and its foreign policy are dealing with the challenge at a national level.

In military terms, in J&K we are dealing with the Pakistan border in Kashmir. 14 Corps in the UT of Ladakh is mandated and equipped to handle the situation both on the Chinese and Pakistani front. The overall conduct under the Northern Command has plans to cater for all contingencies.