Pakistan had halted the construction of a temple in its capital city Islamabad. 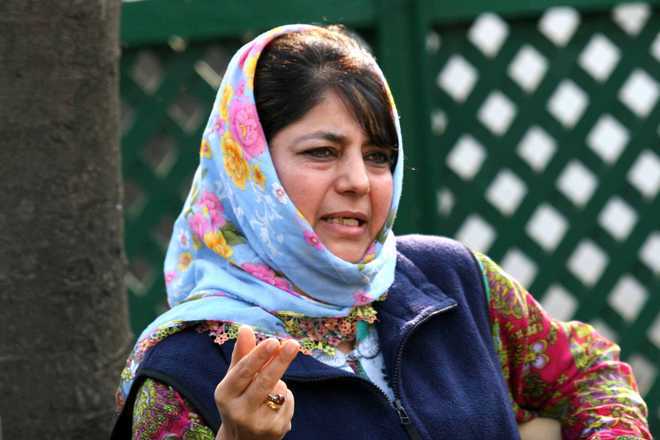 PDP president and former J&K Chief Minister Mehbooba Mufti on Tuesday slammed Pakistan for stopping the construction of a temple, claiming that this was unethical and against the spirit of Islamic Welfare state.

Mehbooba lashed out at the Pakistan government for the “unethical act.”

Preventing construction of a temple in Islamabad is antithetical to idea of an Islamic welfare state model that gives religious freedom to all. Opening Kartarpur corridor was much appreciated but this recent move is regressive https://t.co/jqYZ2XOQ4U

In a tweet, the first in her name (by her daughter Iltija Mufti) since she was detained on August 5 last year when Article 370 was scrapped, she said: “Preventing construction of a temple in Islamabad is antithetical to idea of an Islamic welfare state model that gives religious freedom to all.”

Mufti, whose secular credentials have often been challenged for her stand on preserving Article 370 and maintaining the Muslim-majority character of the erstwhile state of J&K, said that while the opening of the Karatarpur Corridor was appreciated, this move was “regressive”.

The PDP chief continues to be under PSA detention, though she was shifted to her residence a couple of months ago.