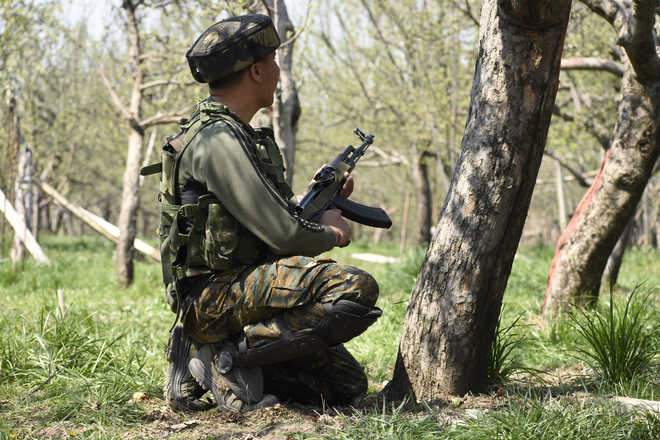 Security forces on Sunday busted a militant hideout and recovered a cache of arms and ammunition in Anantnag district of Jammu and Kashmir, police said.

The cache was recovered after the arrest of the conspirator of the attack on a popular restaurant owner’s son in the city here, a police official said.

“A hideout was busted in forest area of Anantnag by police and security forces after the arrest of conspirator of Krishna Dhaba attack,” the official said.

He said arms and ammunition, including three AK 56 rifles, two Chinese pistols, two grenades, a telescope, AK and pistol magazines, and other incriminating material were recovered from the hideout.

Police on Friday arrested three persons involved in Wednesday’s attack on the son of the owner of the popular eatery Krishna Dhaba in the Durganag area of the city here.—PTI