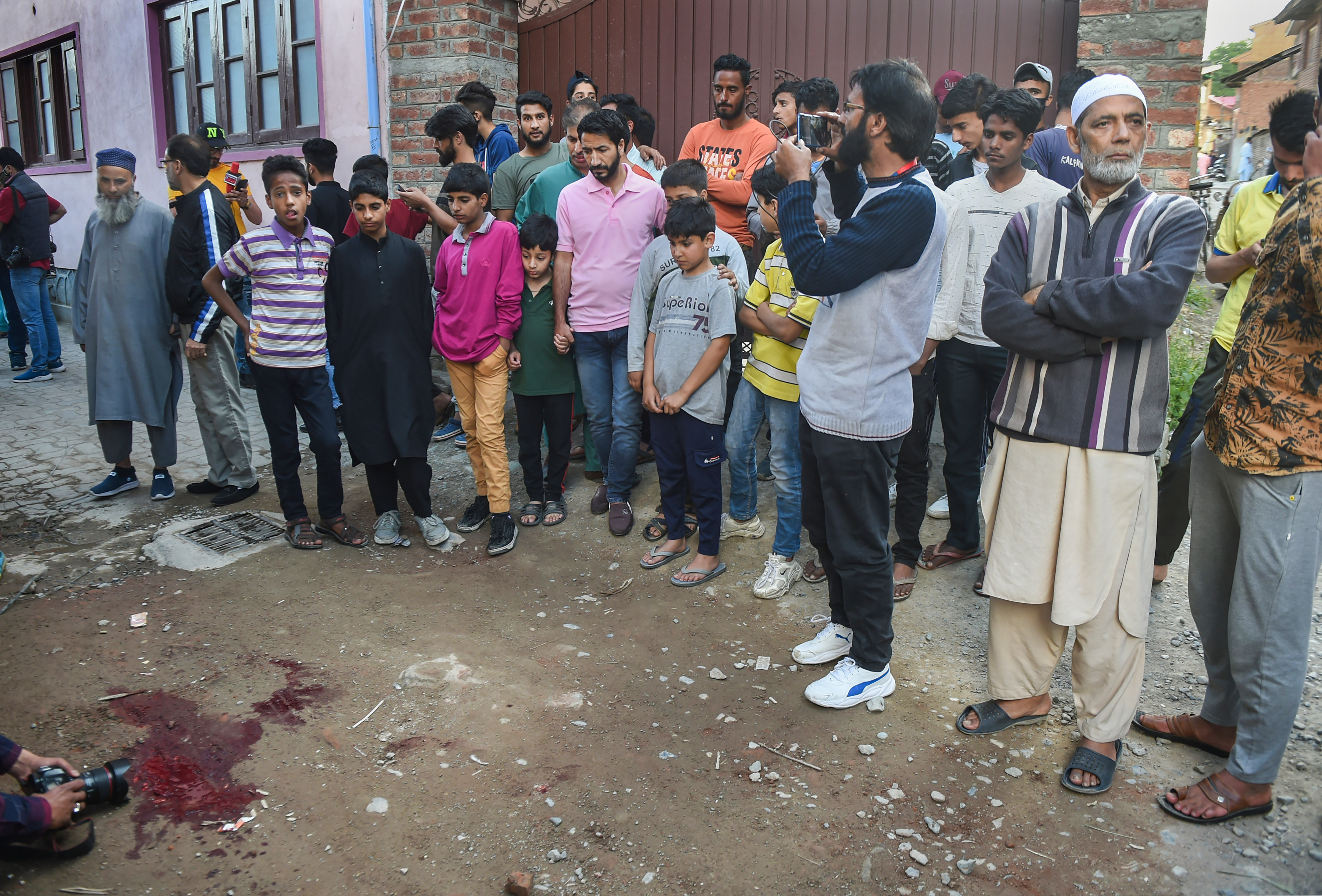 Locals at the murder site. PTI

Militants killed a policeman and injured his minor daughter in Srinagar today even as the security forces launched a massive operation against overground workers and hybrid militants in the Valley.

Constable Saifullah Qadri and his nine-year-old daughter were attacked outside their house in Anchar area. Qadri succumbed to his injuries. His daughter, who sustained a bullet injury in her right arm, is under treatment at SKIMS Hospital.

“We pay our rich tributes to the martyr and stand by the family at this critical juncture,” the Kashmir police said in a tweet. Soon after the incident, the area was cordoned off to nab the assailants. Vijay Kumar, IGP, Kashmir, said police teams had been sent to adjoining areas to arrest the culprits. “They will be arrested soon,” Kumar said. This year, seven policemen have been shot.

On May 13, a special police officer (SPO) in the Gadoora area of Pulwama was injured after being shot by terrorists. On Monday, the police said they had arrested five LeT hybrid militants.