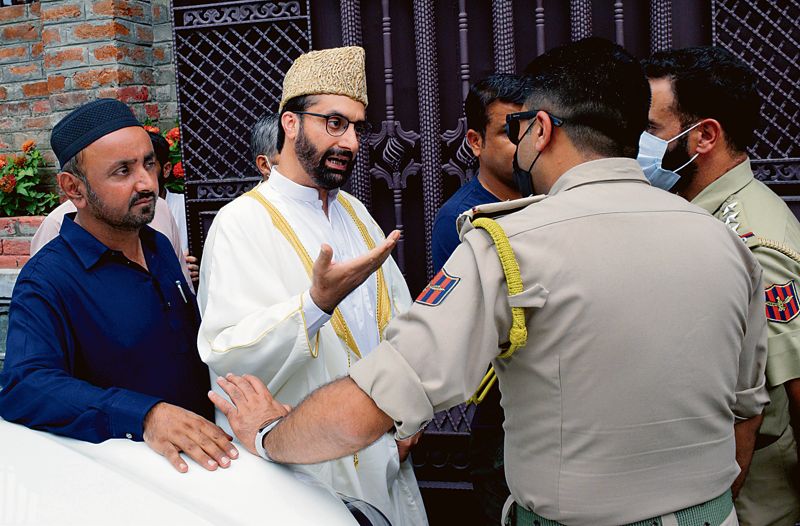 Cops prevent Mirwaiz Umar Farooq from leaving his residence for prayers at Jamia Masjid in Srinagar on Friday. ANI

The police on Friday stopped Hurriyat Conference chairman Mirwaiz Umar Farooq from leaving his residence to offers prayers at the Jamia Masjid here, days after Lieutenant Governor Manoj Sinha said the Kashmir’s chief priest was not under house arrest.

My rights are being snatched despite L-G saying there is no curb. Mirwaiz Umar Farooq, Hurriyat leader

As soon as the vehicle of Mirwaiz reached the main gate of his residence, two cops asked him to return home. “The L-G has announced that I am a free man. Why am I being stopped?” he asked the police officers.

One of the officers responded that a security review was going on due to which he would not be allowed to leave. Mirwaiz said his rights were being snatched despite the L-G making a clear statement that there are no curbs on his movement.