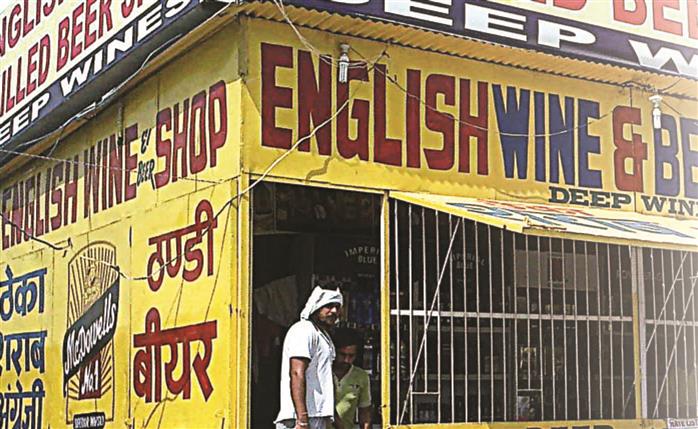 The Mutahida Majlis-e-Ulema (MMU), an amalgam of all religious sects and socio-religious organisations of the Valley, has warned against opening liquor vends across Kashmir.

The Mutahida Majlis-e-Ulema (MMU), an amalgam of all religious sects and socio-religious organisations of the Valley, has warned against opening liquor vends across Kashmir.

It has urged the government to “immediately” withdraw the order. The Excise Department, as per an order dated June 26, 2020, has identified 183 new locations — 116 in Jammu and 67 in Kashmir Valley — for the sale of liquor.

Since 1991, in Kashmir, the militant groups had declared a blanket ban on the sale of liquor and its consumption.

In the joint statement, the amalgam headed by Mirwaiz Umar Farooq, said, “Any move by the administration to open liquor shops across the length and breadth of the Valley will not be allowed. It will be opposed and resisted”.

“It is mala fide that this government, in the midst of a global pandemic, when all energies are focused on fighting it, is busy bringing ordinances and rules to change the demography of the Muslim majority state. By issuing such orders, the government is hurting our religious sentiments,” the statement alleged.

Citing a June 26, 2017, order issued by the Excise Department stating the government’s plan to set up liquor shops at 67 locations in Kashmir Valley, the MMU said it was “causing grave concern and anguish among the Muslims” of the Valley.

The Finance Department has not taken any policy decision regarding the issuance of fresh liquor licences in unserved areas. No list of unserved areas has either been considered or approved. No decision will be taken without the participation of stakeholders and due process,” the Directorate of Information & Public Relation, J&K clarified in a tweet on Sunday .