Police say the module was involved in drug trade, supply of weapons and money to active militants of JeM 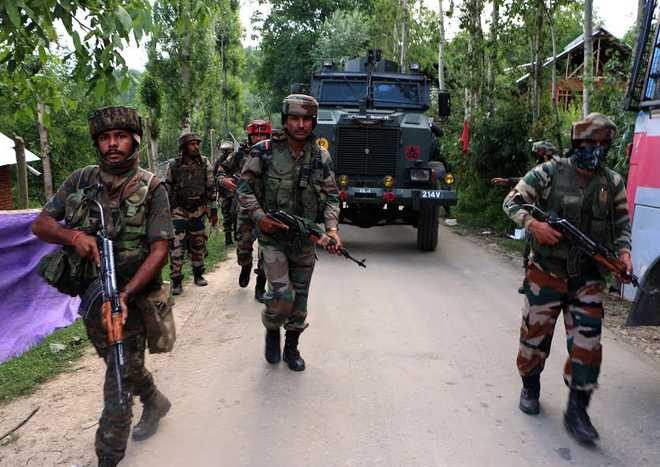 Police said the module was involved in a drug trade, supply of weapons and money to active militants of JeM.

“According to initial investigation, the module was working in close connection with Pakistan-based terror handlers and was involved in drug trade, supply of weapons and money to active terrorists of the proscribed outfit, JeM. With their arrest, the connection between drug dealers and terrorists has been exposed,” a senior police officer in Budgam said.

The module was busted by joint teams of security forces while acting on an input.

The militant associates have been identified as Mudassir Fayaz of  Kralpora, Budgam; Shabir Ganaie of  Wathoora, Budgam; Sageer Ahmad Poswal of Kupwara; Issaq Bhat of Shopian; and Arshid Thoker of Shopian.

"A Chinese pistol, a pistol magazine, four pistol rounds, a hand grenade and 1 kg heroin were recovered from the arrested militant associates," the officer added.

A case under the UA(P) Act and NDPS Act has been  registered at Chadoora police station.