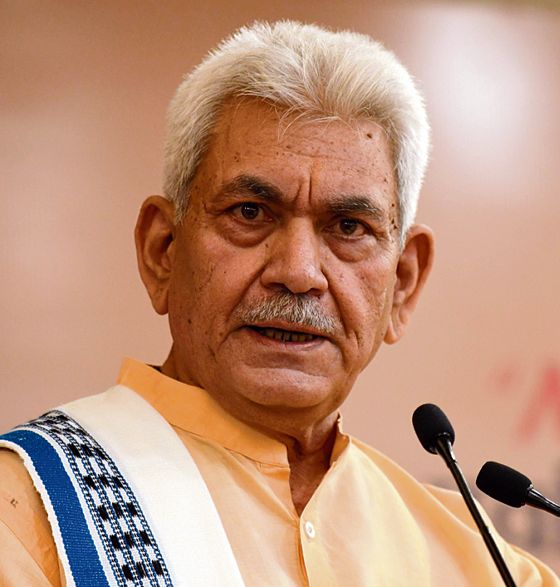 Lieutenant Governor (L-G) Manoj Sinha on Sunday said various new initiatives taken by the administration of Jammu and Kashmir had given wings to common man’s dream. Promising future awaited the Union Territory, he said. Sinha called upon the people to play their important role and complement government’s efforts toward building a developed and prosperous Jammu and Kashmir.

“Various new initiatives have given wings to a common man’s dreams. A promising future awaits J&K,” Sinha said at this month’s episode of the “Awaam ki Awaaz” radio programme.

The programme was aired on all local and primary channels of All India Radio (AIR) in the UT and broadcast on DD Kashir. “We are committed to the welfare of the poor, the marginalised and the vulnerable sections of society,” he said, sharing the motivating and inspiring stories of the UT’s change-makers, who are rendering selfless service to society.

Sinha mentioned about taking Centre for District Youth Training & Empowerment (C-DYTE) to the block level to extend facilities for exam preparation, availability of necessary books, mentors, sports and physical training at these centres to the students so that more and more youths can prepare for competitive examinations.

Similarly, Youth Clubs have been established in all 4,290 panchayats of the Union Territory, acting as nerve centres of information flow among the youth, he added. —