No need to review special powers for armed forces in J&K: Manoj Sinha 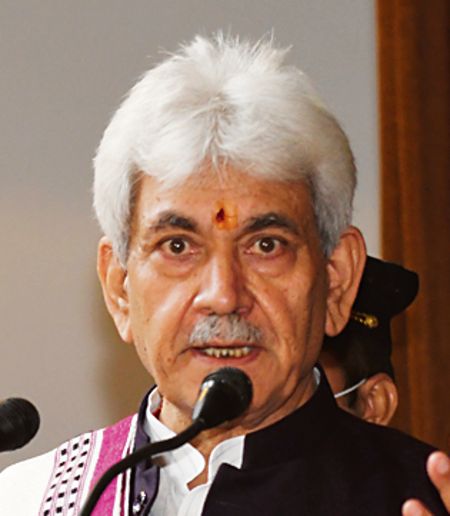 Jammu and Kashmir Lieutenant Governor Manoj Sinha on Monday said there was no need to set up a panel to review the Armed Forces (Special Powers) Act (AFSPA) in the Union Territory.

Sinha was asked if J&K feels the need to set up a panel to review or repeal the Act, as is being done in Nagaland. “Do not be concerned about it. I am looking into it. I do not feel any such need (to set up panel to review it),” Sinha told a press conference here.

The Centre on Sunday constituted a high-level committee, headed by a secretary-rank officer, to examine the possibility of lifting the controversial Armed Forces (Special Powers) Act in Nagaland, apparently to soothe the rising tension in the Northeastern state following the killing of 14 civilians.

Swift steps for development in UT

We will bring down the wall of hindrance (in the development journey of J&K). We will take swift steps in this journey. —Manoj Sinha, J&K L-G

Vivek Joshi, Registrar General and Census Commissioner of India, will head the five-member committee while Additional Secretary in the Union Home Ministry, Piyush Goyal, will be the member secretary of the panel. Other members of the committee are chief secretary and DGP of Nagaland and DGP of the Assam Rifles, a government official privy to the development had said.

LG Sinha rejected apprehensions expressed by some political leaders about demographic changes in the Union Territory. “I outright reject it. I will not react to statements of leaders,” Sinha said.

In a bid to address such apprehensions, the LG said, a large chunk of local youth have been given employment in hydro power, tunnel and road projects in the UT. He said such statements were an attempt to incite people.

Earlier in the day, while addressing the first-ever investment summit, the LG said attempts to create hindrance would be dealt with sternly He, however, advised investors to take residents of Jammu and Kashmir on board. — PTI